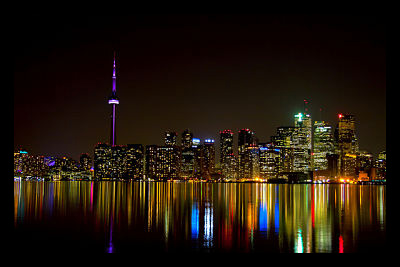 Canada hosts the sixth freest economy in the world and the freest economy in North America according to the 2014 Index of Economic Freedom. The country has a transparent and stable business climate that makes it one of the world’s most attractive investment destinations. This economic image has generated a GDP of over $1.8 billion U.S. dollars for the country in 2014.

Yet, even with this back drop of positive fiscal news, several Canadians are accusing the country of failing the children of the lower class. Despite making up almost three percent of the global economy Canada still has roughly 967,000 children living in poverty.

This number ranks it 15th for lowest child poverty rate out of 17 peer countries. Roughly 15 percent, or one in 10 children, live in poverty. In 1989, the House of Commons voted unanimously to end child poverty within Canadian borders. There was initial success when the rate dropped from 15 percent to 12 percent, but in the mid-1990s childhood poverty was again on the rise and by mid-2000s the rate was back to 15 percent.

According to Dr. Elizabeth Lee Ford-Jones, a professor in the Department of Pediatrics at the University of Toronto, Canada may loose its high economic status unless it starts addressing the problem of  child poverty. Dr. Ford-Jones explains, “mounting evidence in the field of social epidemiology shows that poverty limits the futures of children, especially babies, who lack living environments with family support and opportunities to learn and be active, mentally and physically.”

She goes onto say that the only way to eliminate this problem is to provide access “to jobs that pay a living wage and appropriate community supports for every Canadian.” To help promote the awareness of this problem, she and her colleagues started an elective in the social pediatrics course. Students visited homes with case workers and witnessed the social impacts on a patient’s health. “The stories they report back from the field are deeply troubling, particularly for a country as wealthy as Canada.”

The OECD, or the Organization for Economic and Co-Operative Development, echoes the sentiments presented by Dr. Ford-Jones. The OECD concluded that “failure to tackle the poverty and exclusion facing millions of families and their children is not only socially reprehensible, but it will also weigh heavily on countries’ capacity to sustain economic growth in years to come.”

The OECD also put forth its own recommendations for any country that wishes to reduce its child poverty numbers. “The answer lies in striking the appropriate balance between a ‘benefits strategy’ and a ‘work strategy’.” In other words it’s up to each country to ensure adequate income assistance to families and provide incentives for people to work and support themselves. A meeting ground between the two is still in debate around the world.

The Economics of EbolaWRF: Helping the Disabled Worldwide
Scroll to top