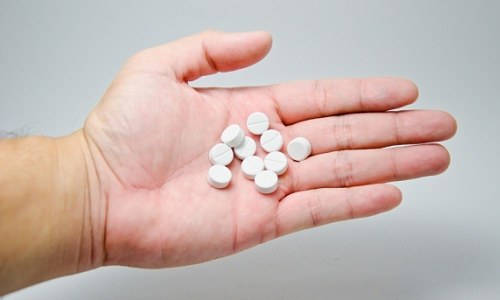 Yaws is a relatively unknown disease in the developed world, but in poor tropical areas of Africa, Asia, Latin America and the Western Pacific, it is common and can lead to disfigurement and disability.

Yaws is the most common endemic treponematoses, a group of bacterial infections that also includes nonvenereal syphilis and pinta. All of these infections are transmitted through non-sexual contact with an infected person. They can cause skin lesions, bone pain, bone lesions, nose deformities and the thickening or cracking of a person’s hands and soles of the feet. The World Health Organization (WHO) estimates that 75% of infected people are under 15 years of age, with most cases seen in children aged 6 to 10. Gender is not a determining factor of infection.

Yaws is spread through skin-to-skin contact, usually after a small injury occurs, something common when children play. Yet, WHO states that “overcrowding, poor hygiene and socioeconomic conditions facilitate the spread of the yaws.”

The disease is not life-threatening, which is likely why it became a neglected disease in the scope of global disease work. But if left untreated, a person can become permanently disfigured and disabled. Such a diagnosis is bad for anyone infected with the disease, but since mostly children suffer from yaws, it becomes a life-long issue if not resolved quickly. When a child contracts yaws, their ability to go to school is jeopardized. If left untreated, absenteeism rises among children and their future employment, especially feeding their families through farming, is impacted.

It has long since been thought that yaws could be a disease that can have complete eradication since humans are the only carriers of the disease. Previously, initiatives to eradicate yaws were undertaken with almost complete success. But the mass effort was prematurely lifted and the disease returned, though not quite on the same scale as before.

Recently, the idea of complete eradication has come back up. The two most effective antibiotics to treat yaws are azithromycin and benzathine penicillin, both of which can be given with relative ease. Even though no vaccine is available for yaws, if early diagnosis is achieved, treatment with the antibiotics can occur and sanitation can be improved to help stop the spread of the disease. With the steps, the end of yaws is in sight.

With great things already happening in India and a plan in place to achieve more success globally, yaws should be eradicated from remaining endemic countries by 2020.

Sources: PubMed.gov, WHO 1, WHO 2
Photo: Chacha