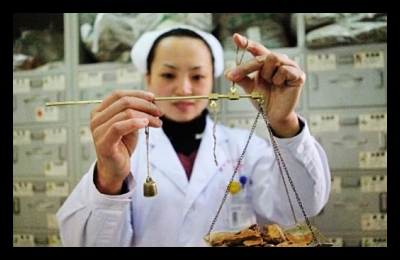 China’s reputation as a producer and exporter of low-quality, counterfeit goods like shoes, clothing and jewelry make it a likely target for global medical experts looking to assign blame for the tremendous increase in counterfeit medications in Africa.

Doctors, pharmaceutical companies and NGOs with an eye on Africa rejoiced when China came out with a cure for malaria in the form of artemisinin a few years ago, believing this medical marvel would be instrumental in alleviating the woes of global poverty and high mortality rates in the developing world.

After the initial excitement died down, however, disparaged global medical experts began to realize the obstacles that still lay before them in the form of global drug counterfeiting. Maverick manufacturers around the world have begun to view the African malaria problem as a free-for-all chance to make some money by selling placebo pills labeled as artemisinin to suffering patients who are unable to tell the difference.

In Uganda and Tanzania, the two countries with the highest malaria death rates in the world, the widespread, faulty drug regulation and corrupted business practices have allowed an influx of counterfeit drugs to enter the market alongside the true, lifesaving doses of artemisinin. Oxford University’s Wellcome Trust, a group that researches and spreads awareness about the counterfeit malaria drug problem, estimates that one-third of malaria drugs in Uganda are fake or of poor quality.

This alarmingly high rate is cause for concern, especially since medical workers in Uganda and Tanzania are often aware that they may be selling counterfeit drugs but can “do little to tell which are real and which won’t work.” Fake pills can even bear the same inscriptions as the drugs they counterfeit but contain no real medication, thus duping even the local pharmacists that are dispensing them.

So, whose job is it to make sure those suffering from malaria in Africa are getting the drugs they need? Many are looking towards global aid organizations to step in and make sure that the billions of dollars they are putting into malaria pills are being spent on authentic drugs.

Others are looking to China itself to fix what it may have started, and to use this as a chance to redeem themselves in spite of their reputation as a global counterfeiting hub. Discovering the cure for malaria has been one of the country’s crowning medical achievements, and malaria-focused aid groups around the world lament that “the intriguing tale of the drug’s invention in China and its eventual emergence as a first-line treatment is getting lost in the deadly battle against fakes and counterfeits.”

Deciding to take action against the counterfeit market could be China’s chance to reverse its reputation and settle into a role as a key global player.

Sources: The Atlantic, The Guardian
Photo: Study in China