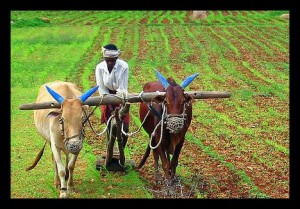 PUNJAB, India – A declining Indian economy and growing food insecurity has policy and environmental experts calling for a Second Green Revolution since one of the best solutions would be heightened research and investments in the agricultural sector to increase the production and yields of small farmers.

This new Revolution would focus on the next generation of agricultural modernization since the original movement in the 1960s. “Food security became a major cause for concern in the 1960s,” says The National, “when it caught the imagination of India’s policymakers and spawned the green revolution, an ambitious plan to transform the country’s agricultural land via high-yielding crops, increased use of fertilizers and a raft of land reforms.” That is to say, as a result of population growth, political upheaval and massive socio-economic shifts throughout the world, the world endeavored to overhaul the current agro-environmental systems.

The main goal of the first Green Revolution was to supply enough food for the growing populations as cost efficiently as possible. “Fearing global upheaval, the developed nations initiated a deliberate strategy to supply cheap, abundant food to prevent political unrest,” states Kenny Ausubel, author of Restoring the Earth.  However, the plant seeds used to develop and economize food production were expensive, and the equipment needed to produce the seeds were costly as well. “While initially the “miracle high-yielding” seeds did produce bigger crops,” Ausubel notes, “this gain proved to be at the expense of the environment and small farmers.”

Moreover, the first Revolution privileged corporations and big agribusiness, leaving small, rural and hometown farmers in the dust. Experts from agriculture, economics and policy agree that a Second Green Revolution is needed “to improve the yield of crops grown in infertile soils by farmers with little access to fertilizer, who represent the majority of third-world farmers.” Small farmers are the key to food production in many countries around the world – not just India – and must be protected from being bought out by large agricultural corporations.

As such, research and development initiatives need to be undergone in order to generate more cost-effective and easily accessible resources for small farmers. Advancements in plant biology seem to be promising, as genetic modifications within crops could significantly yield larger harvests. As J.P. Lynch from the college of Agricultural Sciences states, “population growth, ongoing soil degradation and increasing costs of chemical fertilizer will make the Second Green Revolution a priority for plant biology in the 21st century.”

Food security is a necessary factor to global economic and development systems. Despite the advances made in the initial agricultural movement, more action is necessary in order to modernize and economize production for the world’s thousands of small farmers. “While the first Green Revolution was aimed at undertaking mass production,” declares Dr. N.G. Hedge of BAIF Development Research Foundation, “the second Green Revolution should be to promote production by the masses.