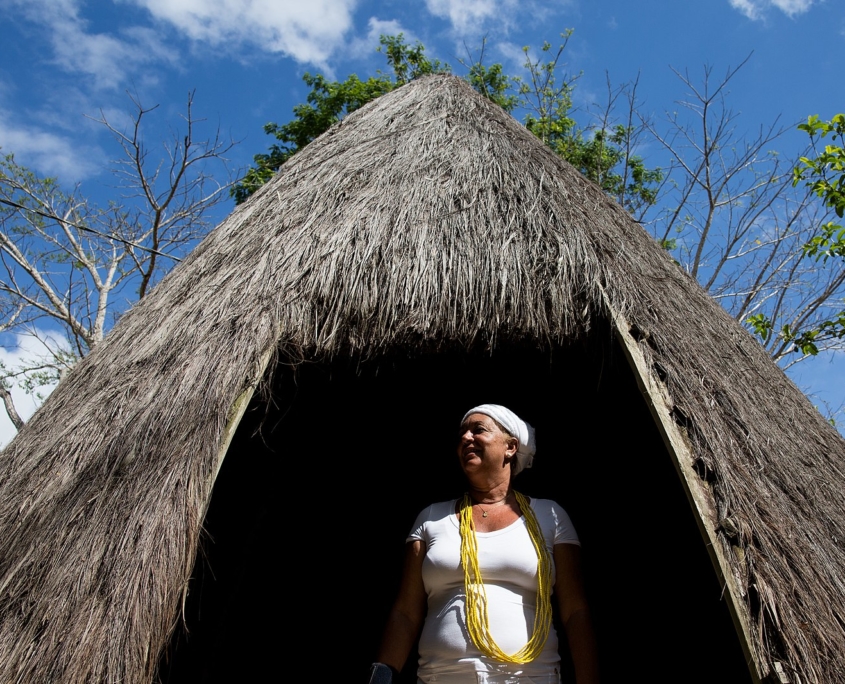 Brazil’s Quilombola communities consist of Africans and Afro-descended people who escaped slavery and established remote mountain communities called quilombos. In 2020, these communities were spread across Brazil and numbered close to 6,000 in total. Brazil brought in more than four million slaves from Africa over the course of its colonial history, only ending the practice when Brazil became the last country in the Americas to ban slavery in 1888. Unfortunately, the legacy of slavery persists as many descendants of enslaved people still live in poverty. Brazil’s Quilombola communities suffer a poverty rate nearly three times that of the country as a whole — 75% compared with about 25% for the country overall, according to 2018 government data.

The Inter-American Foundation in Brazil

Brazil is a large beneficiary of IAF grants, with 27 active projects running as of July 2021. Brazil received its first IAF grant in 1972. IAF investment in these projects totals about $7 million and has directly benefited more than 25,700 people in Brazil. The projects work in a variety of areas, from fighting food insecurity and poverty to providing housing and job training to Venezuelan refugees.

One of the IAF’s many active projects in Brazil is a grant given to the Associação Quilombola do Povoado Patioba (AQUIPP). AQUIPP fulfills a variety of needs for Brazil’s Quilombola communities, especially when it comes to improving the lives of youth. The association provides educational workshops for young Quilombola people that focus on improving their chances of finding employment, leadership roles in the face of discrimination and strengthening their relationships with their Afro-Brazilian heritage. AQUIPP hopes that these young people will go on to become ambassadors outside their local communities, educating others in Brazil and around the world about the importance of Quilombola culture and practices.

AQUIPP and other Quilombola organizations also work in the political and health sectors. As part of their advocacy work on behalf of the Quilombola people, the organizations work with local and national governments to fight discrimination in schools and other public spaces and to protect Quilombola communities’ land rights. In the health sector, AQUIPP plays a key role in providing masks and other personal protective equipment as well as educational information about protection from COVID-19.

The IAF has been supporting AQUIPP’s work in Brazil since 2017. The IAF reports that the efforts of AQUIPP directly benefit 200 people and indirectly benefit an additional 1,000.

Preserving the Future of Quilombola Communities

Brazil’s Quilombola communities remain strong despite centuries of persecution and discrimination both before and after the abolition of slavery in Brazil. Their vibrant Afro-Brazilian traditions of music, dance, clothing, agricultural systems, languages and more, have survived against the odds.

Programs like AQUIPP help amplify Quilombola voices and fight devastatingly high poverty rates in Quilombola communities. With the help of AQUIPP and the IAF’s funding, young Quilombola people can gain access to the education and training they need to acquire well-paying jobs and rise out of poverty.