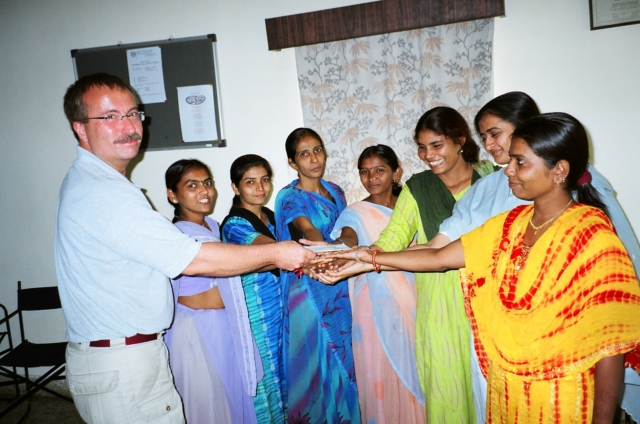 The Indian caste system is a hierarchical structure segmenting the Hindu population into four main categories. These categories are the Brahmins, Kshatriyas, Vaishyas and Shudras. Although these caste systems have officially existed for thousands of years, caste discrimination was technically outlawed in 1950, yet it still influences life in India today. The fifth group, the Dalits or “untouchable” caste, is a caste so low that it does not fall within the official caste system. Untouchables are significantly marginalized as this group occupies the least prestigious standing in Indian society. Yet, caste discrimination is not the only discrimination affecting India today. Rates of domestic violence in India, as in many other nations, saw an increase during the COVID-19 pandemic with strict gender roles compounding domestic violence against women.

India by the Numbers

India is home to the world’s second-largest population and more than two-thirds of its 1.2 billion citizens live on less than $2 per day. These strained and taxing living conditions of poverty hurt women and children most because they also suffer from increased domestic violence. In the United States, women earning less than $10,000 in annual income report a five times greater rate of domestic violence than those with income exceeding $30,000. Most Indian women fall in the former category. Accordingly, reports of domestic abuse to three major Indian newspapers from March to July 2020 increased more than 47%.

The Pandemic’s Effect on Domestic Violence

Like pandemics in years past, COVID-19 produced an increase in domestic violence because it gave greater freedom to abusers. During the pandemic, already high numbers of domestic violence cases in India increased “at an alarming rate.” According to a piece published in the Indian Express, most Mumbai citizens lack running water in their homes. As COVID-19 lockdowns caused people to spend more time at home, more women resorted to underground or early morning markets for water. There, women were subject to more verbal and sexual harassment while waiting in line.

While domestic violence increased both in India and globally during the pandemic, Delhi-based NGO Jagori actually saw a 50% decline in helpline calls. This seems counterintuitive at first glance, but many are likely hesitant to report abusers who are constantly under the same roof and who can also restrict their victims’ access to phones and online resources. The popular phrase “locked down with the abuser” expresses this unfortunate reality.

Numerous NGOs in India are working to improve women’s quality of life. Sayodhya Home For Women In Need is a nonprofit created in 2010 with offices in Hyderabad, Andhra Pradesh. The organization provides assistance on issues “related to education, employment, domestic violence, harassment, abuse, mental health and other legal matters.” The organization runs a shelter for vulnerable girls and women and also provides “legal and psychological counseling” to victims of abuse. Since its creation, Sayodhya has given shelter to more than 1,000 vulnerable women. Furthermore, the organization addressed 1,500 “cases of domestic violence, harassment, child marriages, physical and mental abuses.”

Often the problem lies in a lack of accountability in regard to the abuser. Organizations like Sayodhya Home For Women In Need look to create that accountability and empower women with a viable source of help.