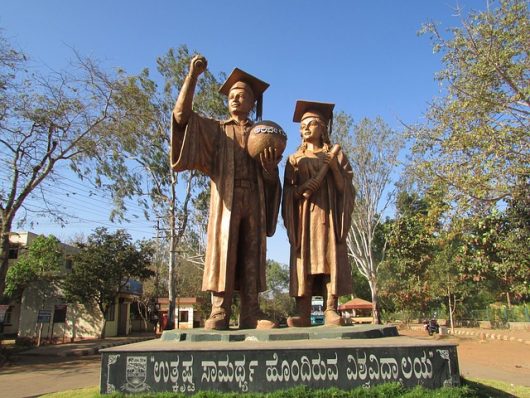 There is a common joke in Silicon Valley that the most spoken languages are Hindi and Telugu. Like many common jokes, this one reveals a staggering truth: nearly 60 percent of the engineers in Silicon Valley are of Indian origin. Over the past two decades, high-skilled migration has brought dramatic innovations to the American Information Technology (IT) sector, while leading to what some commentators have called the brain drain in India and other developing countries.

In 1990, as the American IT sector began to boom, Congress passed the H-1B program, granting visas to thousands of foreign nationals in “specialty occupations.”

A recent article published in India’s The Quint claims, “[the brain drain in India] adversely affects the quality and quantity of human capital formation, which is the bedrock of modern economic development.”

Although this is a common contention, it is far from correct.

A recent study published by the Center for Global Development suggests, “better-paid jobs [in the U.S.] incentivize [Indian] students to choose certain majors and supply a highly-educated workforce to Indian firms.” Thus, at the same time as thousands of high-skilled Indians emigrate to the U.S. every year, thousands more acquire STEM degrees in India and never leave. As for those that do find higher-paying jobs abroad, many eventually return to India when their visas expire.

Far from producing a brain drain in India, Gaurav Khanna and Nicolas Morales’ study finds that the American H-1B program not only correlated with the birth of India’s IT sector but also caused a “reverse brain drain” in India.

While some have wrongly criticized the H-1B program for hurting developing economies, others have argued that free movement of labor has imposed downward pressure on American workers’ wages.

Although high-skilled migration has certainly led to wage stagnation for certain occupations in the U.S., Khanna and Morales find that the influx of Indian workers has simultaneously motivated many American students to attain even more specialized degrees that lead to even higher paying jobs.

In the end, the new study released by the Center for Global development offers much-needed clarity about the complicated subject of labor migration. Overall, it finds that high-skilled migration is something to be encouraged rather than banned. Indeed, the free movement skilled labor has been proven to bring mutual benefits to both the American and Indian economies.