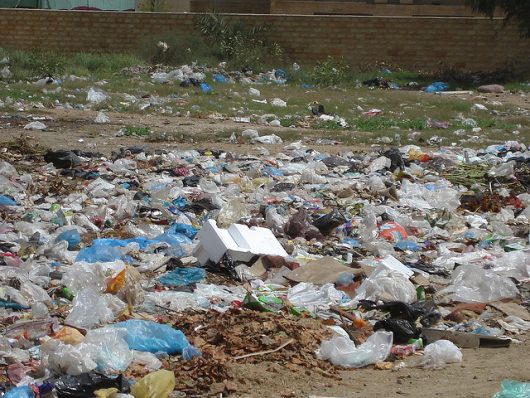 On Monday, August 28th, Kenya’s plastic bag ban officially came into effect. The ban targets those who make, sell and import plastic bags. Anyone caught engaging in these activities could face up to four years in jail and up to $38,000 in fines.

While other African countries, like Botswana and Rwanda, have also instituted rules surrounding plastic bags, such as taxes and prohibited use, Kenya’s ban is the most rigid. Kenya’s plastic bag ban is so strict because of the extremely detrimental effects plastic bags have on the environment and Kenyans.

Plastic waste affects the globe as a whole, with eight million tons of plastic seeping into the ocean every year alone. The plastic debris in the ocean can injure or poison marine life. Plastic buried in landfills and littered across the land can also leak into groundwater, creating hazardous drinking water for human beings and wildlife.

In Kenya, plastic waste is a major pollutant, with piles of bags littering streets. Agricultural animals, such as cows, often end up grazing on these bags and are commonly found to have multiple plastic bags in their systems when being prepared for human consumption. Chemicals in the plastics contaminate the meat, potentially making it dangerous for those eating it.

Plastic bags littered over agricultural lands seep chemicals into the soil, reducing the fertility and productivity of the soil. Bad soil equates to lower agricultural production, which economically affects impoverished people the most. About 61 percent of the population works in agriculture, so lower soil fertility can equate to decreased income and even greater poverty.

With plastic bags taking over their streets and adversely affecting agricultural and human health and growth, the Kenyan government made the positive decision to clean up this pollutant. Some, however, who use plastic bags for basic daily needs, worry about the immediate effects upon their lives resulting from the ban.

Impoverished Kenyans, in particular, use plastic bags often. For example, plastic bags are used for basic daily functions, such as a place to put bodily waste due to the lack of a proper sewage system. Many also use plastic bags for transporting shopping goods, rather than investing in reusable bags.

In order to fully eliminate plastic bags and truly improve the lives of Kenyans, the Kenyan government must provide its people with basic needs, such as a proper sewage system. The government also encourages people to use paper and cloth bags, but it should provide these reusable alternatives to its poorest citizens, for whom purchasing reusable bags is not as accessible. Kenya’s plastic bag ban is an important step toward improving the environment and hopefully toward improving Kenya’s 43 percent poverty rate, but the Kenyan government can still act further to improve its infrastructure and services for its impoverished people.