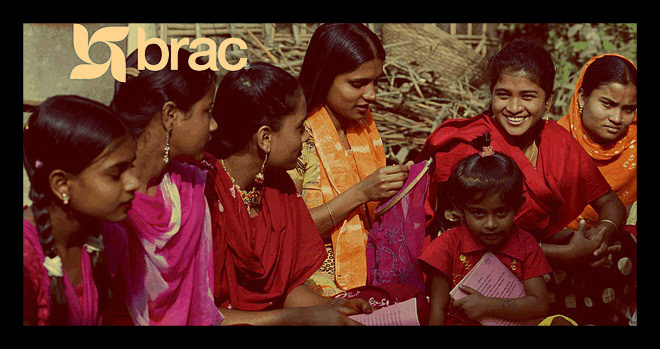 Bangladesh Rural Advancement Committee, BRAC, is an international NGO from the global south. It started off with meek beginnings, trying out various methods and putting them to the test in Bangladesh before implementing them in other developing countries. Today, BRAC exists for 11 countries reaching out to approximately 130 million people in rural and urban areas. According to Soraya Auer, journalist and communications and global advocacy specialist for BRAC, Bangladesh, BRAC has been called the “best aid group you’ve never heard of.”

Established during the Bangladesh independence war in 1972 as a mere “relief and rehabilitation project to help returning war refugees,” BRAC is now a leading organization in fighting global poverty. Soraya says BRAC recognizes that changing how women view themselves is the answer to many global poverty-related injustices. It focuses on women empowerment. She lists examples of women who lifted themselves out of poverty by being community leaders; one woman brought healthcare into her community, and another “raised awareness through theater.”

About one month ago, Bangladesh experienced a fire in one of its buildings, which housed 5 garment factories, costing over 1,100 lives. Soraya says how the community and the BRAC group all pitched in during this tragedy, “bringing food, water, oxygen cylinders, [and] blood donations” to the site, and BRAC medical teams went to aid hospitals. She states how some of the victims and the survivors are BRAC members, and she hopes that the “next time [she] mentions BRAC… it [is] to be recognized for what it is — a growing family, always learning, today mourning its losses…but always moving forward.”

USAID Initiative Celebrates a Year of Progress6 U.S. States That Give The Most
Scroll to top