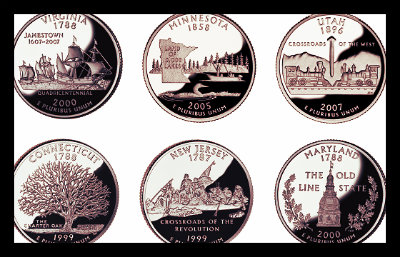 Last year The Chronicle of Philanthropy published a list of the most charitable U.S. states based on total donations, but another way to find the states that give the most is through tax deductions. The Tax Foundation did just that with more recent tax data from 2011 to see how the numbers compare with the Chronicle‘s study.

1. Maryland: This was the state that gave back the most, according to the Tax Foundation’s study, with 40.1% of tax returns in Maryland including a charitable deduction. The total state donations amounted to $3.9 billion, or approximately $2,969 per taxpayer.

3. Connecticut: In a very close third place, this state had 35.9% of their taxpayers deduct charity donations on their tax returns, which amounted to $2.3 billion and a median of $1,916 per person.

4. Utah: 33.1% of Utah resident taxpayers donated to charity, giving back a total of $2.4 billion, which is a whopping $5,255 median contribution per taxpayer.

5. Minnesota: In this state, 32.7% of taxpayers noted a deduction for charity on their returns, creating a total of $2.6 billion of donations and a median contribution amount of $2,213.

6. Virginia: In another close rank, 32.5% of Virginia taxpayers deducted a donation for charity, totaling $4.2 billion and a median amount of $2,790 per taxpayer.

There are a few things to note after viewing this short list of the states that give the most. One is that the list is compiled based on the percentage of people who donate even a small amount, not the amount that the state donates as a total. Another is that the numbers in this list include donations from companies as well, and a third consideration is that the only money counted was that from itemized deductions, not standard deductions, which could affect the total amounts.

Of the six states in this list, only two of them (Utah and Maryland) also made to The Chronicle of Philanthropy‘s top ten list of states that donate the most.