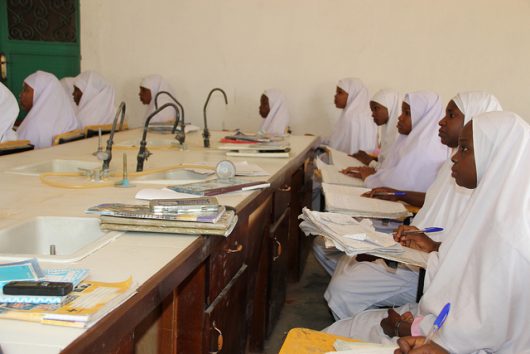 Boko Haram, the dangerous Islamic extremist terrorist organization in Nigeria, has been severely attacking the country’s education system. If the attacks continue, the lasting negative legacy will be detrimental for Nigeria.

Boko Haram is based in Nigeria and a translation of the group’s name in Hausa is “Western education is forbidden.” Boko Haram’s impact on education has flipped the Nigerian educational system as a whole by stealing the education of the youth and attacking the system in every way possible. Boko Haram gained publicity when they kidnapped 276 schoolgirls from a secondary school in Chibok.

“I have been a teacher for 20 years now, but I’m always afraid to attend class,” Ahmadau Abba, a teacher at Jajiri Government Day School in Maiduguri explained. “Most of our colleagues have been killed or injured.”

Finding teachers who are willing to teach in the region has become a great struggle because of the dangerous repercussions. Boko Haram’s impact on education has been felt throughout the entirety of the Nigerian educational system.

Out of a total population of 160 million, about 10 million Nigerian youths are not in school, many of them girls. Instead of reading and learning, they are married off in their teens, while out-of-school boys are recruited into terrorist ranks.

By early 2016, an estimated 952,029 school-aged children have fled the violence, with little or no access to education.

The high displacement from the hands of Boko Haram has forced school-aged children to be placed in private homes and communities. In such communities, schools are made up of students of the same age congregating in large rooms or under trees for about three to four hours a day. However, these children do not have access to textbooks and their teachers must teach without any teaching aids.

In Borno, one of the devastated states, schools at all levels have been closed in 22 out of the 27 local government areas for a minimum of two years. With this gridlock on education, children are more vulnerable to becoming trapped in a cycle of poverty.

Boko Haram’s impact on education has impacted thousands of students by stealing what is rightfully theirs. For a nation that has the lowest school attendance nationwide, the attacks on the educational system have been severely damaging for Nigeria.

“Education is the foundation of society; without it, development is very difficult,” says Margee Ensign, the president of the American University of Nigeria. “I don’t think that many in the international community understand the dimension of the problems here in the northeast.”