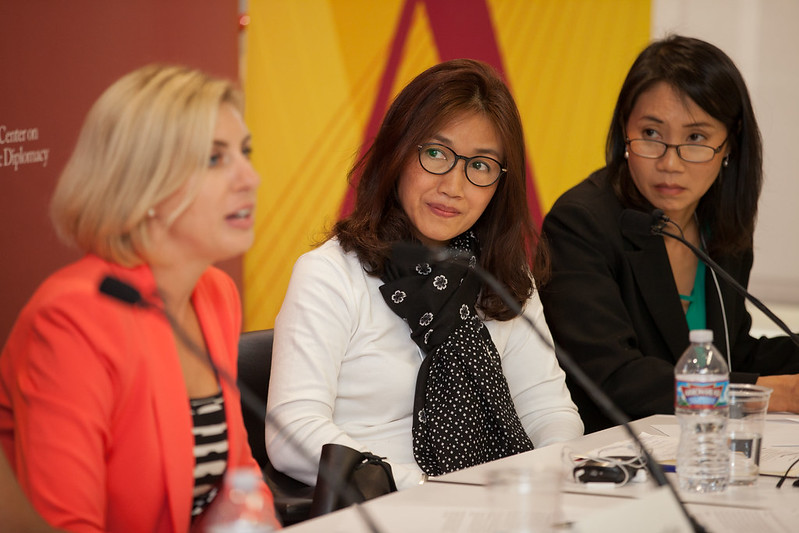 The Biden administration has made gender equity a cornerstone of its domestic and foreign policy. About 61% of White House employees are women. Furthermore, the administration’s intention is to “protect and empower women around the world.” The government aims to do this by making women’s rights a key component of foreign policy. Biden’s “feminist foreign policy” would redirect national attention from military dominance to global equality by instituting new changes to systems of defense, foreign aid, immigration, trade and diplomacy.

Studies on global gender and security suggest that if the United States increases its effort to improve women’s rights abroad, countries with a greater emphasis on gender equity will be less likely to experience instability and civil war. As such, the Biden administration has the power to advocate for a more just, inclusive and peaceful world.

Canada and Mexico have adopted a women-friendly stance on foreign policy. Thus, Canada began a “feminist international assistance policy” that focuses on supporting the global health of women, children and adolescents in 2017. The Canadian government pledged an annual $1.4 billion to foreign governments and international organizations. This money will be used to increase access to education, healthcare and nutrition in developing countries. Approximately $700 million will go to ending gender-based violence and promoting sexual health. Furthermore, $10 million will be allocated for UNICEF to reduce female genital mutilation.

In January 2020, Mexico became the first Latin American country to adopt a feminist foreign policy. The government aims to increase global gender equity, combat gender-based violence and end inequality in social and environmental justice. In addition, Mexico plans to increase the foreign ministry staff to have at least 50% women by 2024. Moreover, the nation wants to ensure equal workplace conditions.

The departments of Defense, State, Homeland Security and the U.S. Agency for International Development have each announced a plan to advance women empowerment in 2020. This plan promotes women’s participation in foreign diplomacy, advocates for women’s rights and ensures access to humanitarian assistance. Furthermore, Biden’s feminist foreign policy aims to establish a cohesive foundation across trade, aid, defense, diplomacy and immigration that prioritizes equality for women. The strategy would emphasize peace and security as methods of conflict resolution. It will also increase the representation of women across all branches of government.

One of President Biden’s first actions in office was to eliminate the “global gag rule.” This global gag rule limits the type of healthcare services organizations receiving U.S. foreign aid are allowed to perform. The funding restrictions limited access to all types of healthcare in low-to-middle-income countries. Moreover, this restriction exposed women to a greater risk of disease and forced them to seek unsafe health services. A major goal of the Biden administration is to reallocate financial resources in a way that levels the playing field for women. Furthermore, the administration aims to provide greater support and opportunities for women. Additionally, the U.S. government plans to use foreign aid to increase support for women in the areas of healthcare, education, workplace protections and conflict zones.

The United States is unlikely to replace a focus on military strategy with a strictly feminist foreign policy. However, promoting gender equity at home and abroad can set the stage for an increased global emphasis on women’s rights. The U.S. can reallocate more financial resources to women’s access to education, healthcare and human rights and increase women’s participation in government and diplomacy. This dual strategy aims to combat existing inequality and create a more peaceful and equitable global future.