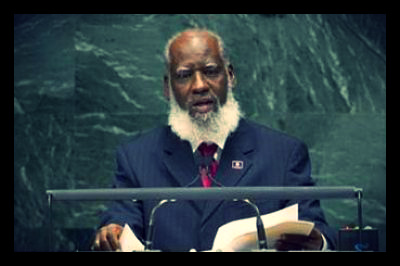 On September 30, Foreign Minister Wilfred Erlington of Belize reprimanded developed countries for abandoning goal eight of the Millennium Development Goals– a global partnership for development. The Millennium Development Goals were agreed upon by world leaders at a UN Summit in 2000, aiming to eradicate extreme hunger and poverty through eight different steps by 2015. The United Nations and many developed countries have been criticized for their apparent slack in achievement.

“We note with disappointment, that the rich countries have not even been able to bring themselves to honor their commitment to contribute even the 0.7 per cent of their gross domestic product as official domestic assistance to poor countries,” said Mr. Erlington.

In terms of other assistance, the resources being provided by the international community, other financial institutions and private donors are not nearly enough of what is needed by poor countries to attain the Millennium Development Goals. Now, 13 years later, only a minority of countries are proving successful in attaining the Goals. Unfortunately, the vast majority shows very few signs of development.

Pressure has continually been put on the developed countries to finally step up, once and for all, and put their best foot forward. The battle against global poverty cannot be fought without their leadership, and it is a constant source of frustration for many of the developing nations.

Alva Romanus Baptise, Minister of external fairs of Saint Lucia stressed that global interdependence demands that “the strong help the weak so that everyone gets strong.” Belize’s expression of this omnipresent issue serves as just one voice for the hundreds of abandoned nations.