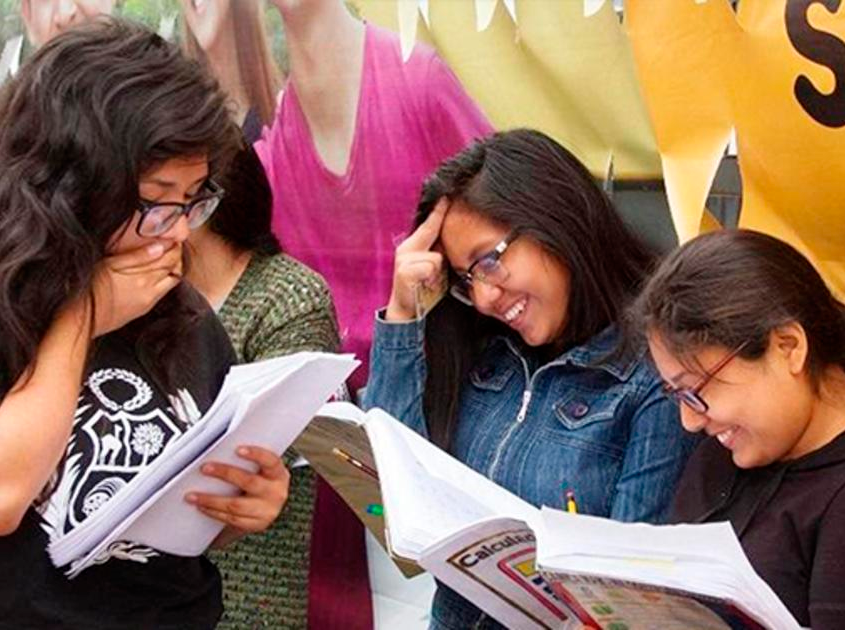 Lack of educational opportunity is one of the principal reasons why people may get stuck in the cycle of poverty. In many places, people are at least required to have a high-school level of education to get a minimum wage job. Most high-paying positions, however, expect people to have a college degree education, something that for many low-income Peruvians, is very hard to obtain.

In the year 2015, Peru ranked 64 out of 70 on the International Programme for Student Assessments: A standardized test that measures student’s performance on academics. The problems don’t lie within the lack of teachers or a good infrastructure; it lies within the fact that most Peruvians don’t have access to a decent education. Most of the most competitive schools and colleges are in major cities, and with usually high tuition costs.

This difference is prevalent in the countryside where some children have to walk for hours to go to school. In the Peruvian Andes, children are less likely to go beyond high-school education and much less pursue a college degree. As of the year 2017, only 16 percent of young adults were pursuing a college degree, principally because of the inability to pay the high tuition. Fortunately, a governmental program called Beca 18 (Scholarship 18) may soon change that.

The Story of Beca 18

The Office of Scholarships and Educational Loan worked until 2012, the year on which the former president Ollanta Humala “upgraded” it, becoming the National Program of Scholarships and Educational Loans, also known as Beca 18. The program works as an administrative unit of the Peruvian Ministry of Education with 24 regional offices, giving around 52 236 scholarships around 25 regions from 2012 to 2016. Most of the students that benefited were living in extreme poverty.

How the Program Works

The first thing that applicants have to know is if they meet all the appropriate requirements. For Beca 18, a student’s living conditions have to be below the poverty line, attending the last year of high school or have recently graduated and been on the honor roll. The Scholarship has other ramifications that cater to different students, like Beca Albergue, that centers around students that lived in foster care.

After meeting the requirements, the next step is applying to the National Exam, which can be done by just accessing the scholarships webpage during the call-up time, that happens around December each year. Each student needs to present their essential legal documentation; however, depending on what portion of Beca 18 the student is interested in they may submit additional paperwork. After taking the exam, hosted by many public and private schools around the country, each student receives guidance to get into their desired college. Once accepted, the process of applying for the Scholarship can begin, only students with satisfactory grades on both the National Exam and their college entrance exam, are granted the scholarships.

What Costs Are Covered

Depending on each of the holder’s family and economic situations, the scholarships cover the costs of the admissions exam, full tuition and other work materials, such as a laptop. If needed, the awards include accommodations, transportation, and pocket money. A private tutor is also an option but only for public universities, as privates often offer that service to its students. These, of course, help students that either came from the Andean of Rainforest Regions of the country or lived in an extreme poverty situation.

As mentioned before, Beca 18 is an excellent opportunity for many people that couldn’t afford higher education but had exceptional academic abilities. Like Omar Quispe, a recipient that now is a developer for ElectroPeru. He is currently working on a project that could bring good quality electricity to his native Huaylas, a district surrounded by extreme poverty. Another famous case is of Abel Rojas Pozo, that upon graduation started to help local guinea pig farmers spend their business. These efforts were to make his hometown one of the centers of guinea pig exports.

With an educated population, the chances of escaping poverty are higher. And like the recipients of Beca 18, they can use their new-found knowledge to help their families and their communities.

Helping Syrian Refugees After ArrivalThe Need for Immunizations: The Truth about Vaccines in Developing Countrie...
Scroll to top