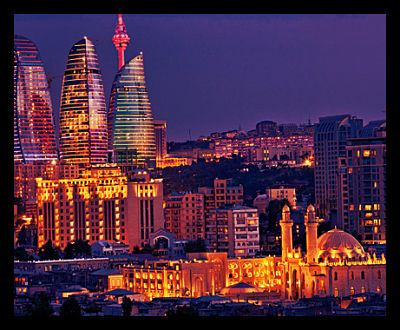 Azerbaijan is a country of 9.5 million people in Southwestern Asia, surrounded by the Caspian Sea, Iran, Russia, and the European Caucasus mountain range. For a country with a name many Americans could not pronounce, let alone place on a map, Azerbaijan has made huge strides towards the Millennium Development Goals (MDGs), according to the UN and World Bank.

Public and private supporters have rallied to “slash poverty, hunger and disease by 2015.” Private partnership has included the oil and gas industries. Revenues from these industries have been used to achieve significant economic growth and progress towards the MDGs. Diversification of this landlocked country is the next step in continuing progress. The “Azerbaijan 2020: vision of the future” details a plan to increase non-oil exports and decrease poverty. This plan develops the concept of growth based on the available natural and human resources in the country. The goals of the plan are:

The World Bank identified areas of progress: poverty reduction, basic education, and HIV infection. Because of the significant strides, the UN has included Azerbaijan in the group of 100 countries to define goals for post-2015 development. Areas specific to Azerbaijan include inclusive economic growth, new jobs, and regional development. Development of Human Capital should continue to be spotlighted, according to the World Bank.

The goal of achieving the MDGs and fulfilling the “Azerbaijan 2020: vision of the future” plan is to be an economic and politically competitive force. “From the standpoint of economic development, Azerbaijan will advance from being a regional leader to become a highly competitive participant in the system of international economic relations.”