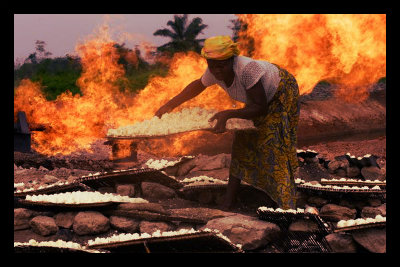 Energy poverty is an issue that is little known by people around the world. Many people assume that poverty only means lacking money or food, but it also means cooking and living with very primitive energy sources, which could be even deadlier than malaria, tuberculosis, and HIV/AIDS. If nothing is done by 2030 about the energy poverty crisis, 4,000 people could die each day of the toxic smoke and fires from primitive, unsafe stoves. Also, there are a few surprising facts about energy poverty that many people may not know.

1. There has been a tremendous amount of progress in delivering safe energy to people who need it, but it makes little difference. From 1990 to 2010, 1.7 billion gained access to electricity, and an additional 1.6 billion gained cleaner cooking fuels. But because the population grew by 1.6 billion during those years, there were still billions without safe energy.

2. It’s the quickly-developing countries that have the biggest energy problem. India is the fastest country to get her people access to electricity, and China has the most efficient energy on the planet, yet both countries have millions of people without electricity and other forms of safe energy.

3. About 3.5 million people each year die from indoor pollution caused by the smoke when cooking on wood and biomass cookstoves. Cookstove smoke is considered by some to be the largest environmental threat because it kills more than malaria (1.2 million) and HIV/AIDS (1.5 million) each year.

4. Countries with the most energy have people with the least. Nigeria produces the highest quantity of oil in Africa, yet it has the second highest number of people without safe energy in the world (behind India).

5. Renewable resources are currently not enough to provide safe energy across the world. The UN’s Sustainable Energy For All programs rely on creating more energy from renewable sources, such as solar and wind, to provide energy without polluting the earth, but renewable energy only accounts for less than 1% of the world’s energy consumption.