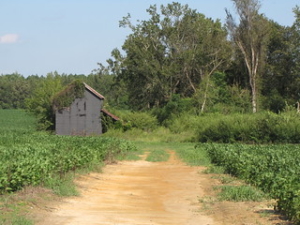 Are US farmers hurt by food aid reform? The short answer: No.

President Obama’s proposal to allow the food aid supplied by the United States to be purchased more locally has obvious benefits: less travel time and expense to feed those in the greatest danger, bolstering local economies, investing in local agriculture to create a sustainable supply, and the potential of feeding 2-4 million more people.

These are obvious benefits unless you are an American farmer, packer or shipper, the three main interested parties (other than the millions of hungry around the world). These minders are not without questions of their own.

For example, one might wonder how purchasing a larger percentage of the food aid from non-US farmers is reconciled with USAID’s mission of expanding external markets for US goods?

The food crises require immediate response. According to the World Food Program, hunger kills more people than AIDs, Malaria, and TB combined. Preventable deaths per year due to malnutrition are measured in the millions. A shipment from the United States can take many weeks — time the vulnerable simply do not have. Purchasing local produce reduces the time from farm to mouth by 11-14 weeks and feeds an extra 2-4 million people.

How, one may also wonder, do American farmers benefit when their jobs are outsourced and market share displaced?

US farm exports are worth around $145 billion. The US government spends $1 billion on food aid programs—a “drop in the market” compared to the enormous figure of US farm exports. Even an economist from the American Farm Bureau Federation admits, “Our concern is less about decreasing an important revenue stream for U.S. agriculture. It’s more about the loss of a sense of pride.” Despite the minimal impact, the reform proposal includes $25 million to ease the transition of US farmers affected.

Are US farmers hurt by food aid reform? With no significant job losses and no significant market share loss, US farmers’ pride cannot justify denying food to 4 million hungry people deserving of the same dignity and opportunities as them.