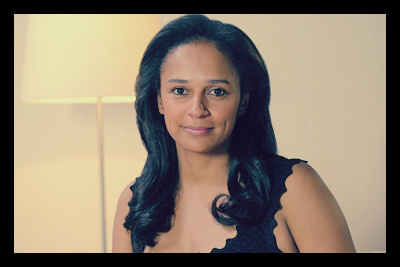 Isabel Dos Santos, the daughter of Angolan president Jose Eduardo Dos Santos, is Africa’s first female billionaire. Dos Santos is an Angolan investor, and according to Forbes, she has become the Africa’s wealthiest female, reaching a net worth of more than a billion USD. She ranks in at 736 richest person in the world overall and thirty-first in Africa.

The president’s daughter works to keep her prowess as a businesswoman separated from the political field. However, she has received sharp criticism as to how she acquired her wealth. President Dos Santos has been accused of enriching his family at the expense of normal Angolans- a country where a majority of the population lives on $2 a day.  Problems come into play here because it is nearly impossible to trace the sources of her funds. There is a complete lack of transparency and many of her business transactions are approved and transferred by her father.

Dos Santos has invested in several publicly traded companies in Portugal as well as Angola. She has significant shares in a cable TV firm, as well as assets in at least one Angolan bank. Although, exactly how she got the funds remains unknown.

Dos Santos commands the biggest percentage of shares in Zon Multimedia, which is the largest cable TV operator in Portugal. She also holds 19.5% holding at Banco BPI- one of Portugal’s largest publicly traded banks. In Angola, Dos Santos sits on the board of Banco BIC and is reported to own as much as a 25% stake in the bank.

Angola has emerged from a civil war and developed into one of Africa’s largest economic contributors. This economic growth, however, has not come without problems. Angola has been criticized for its dramatically unequal society, ranking 148th of 187 countries on the U.N Human Development Index. Additionally, they have ranked 157th of 176 countries on Transparency International’s Corruption Perceptions Index.