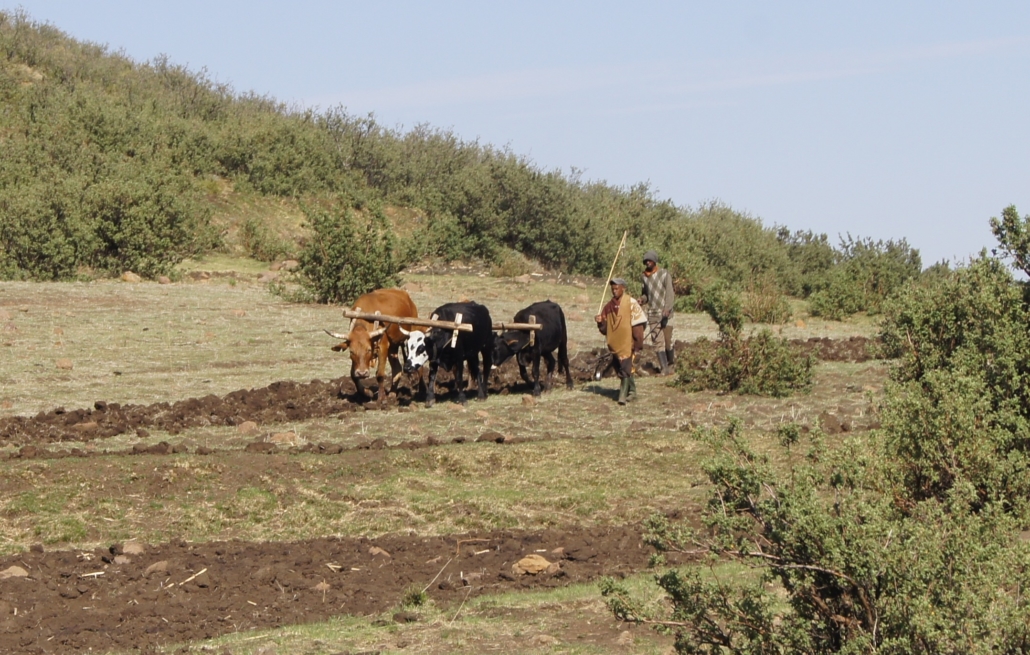 Lesotho is a small mountainous country in South Africa with a population of around 1,962,461. The expanding population puts pressure of settlement on many areas which results in “overgrazing, severe soil erosion and soil exhaustion; desertification; Highlands Water Project controls, stores, and redirects water to South Africa.” Agriculture used to be a major component of Lesotho’s GDP, but its contribution decreased in the 1990s due to drought.

Currently, only one-tenth of the country is fertile. Despite this fact, a large part of Lesotho’s rural population practices subsistence agriculture. The most common crops are corn (maize), sorghum, wheat and beans. Unfortunately, due to drought, it has become necessary to import foodstuffs.

On November 11, 2011, the first SADP was approved in order to promote and improve agricultural development in Lesotho. The dates for the implementation of the project were from 2011 to 2018, however, it was extended to 2020. The World Bank and the International Fund for Agricultural Development (IFAD) partnered to direct a support mission for the SADP. The SADP project is meant to “support smallholder farmers to exploit opportunities to increase their productivity and diversify into market-oriented agriculture.” The project area covers four out of the 10 districts in Lesotho and focuses on: “increasing agricultural market opportunities, increasing market-oriented smallholder production, identifying commercially viable activities that can be replicated and successfully scaled up and project management”

The first SADP is ongoing, however, on May 30, 2019, the World Bank approved the Lesotho Smallholder Agriculture Development Project-II. The second SADP leans toward the technological side as it was implemented to “support increased adoption of climate-smart agricultural (CSA) technologies in Lesotho’s agriculture, enhanced commercialization, and improved dietary diversity among targeted beneficiaries.”

The SADPs will improve agricultural development in Lesotho by minimizing the possible effects of climate change on produce. The project will promote and support the increase of climate-smart agricultural technologies as well as enhance commercialization and improve dietary diversity. The Food and Agriculture Organization of the United Nations (FAO-UN) defines climate-smart agriculture based on “three pillars: increasing productivity and incomes, enhancing resilience of livelihoods and ecosystems and reducing and removing greenhouse gas emissions from the atmosphere.”

Since the 1990s, Lesotho has been experiencing droughts and population pressure that put constraints on its agricultural production. Agriculture used to play a large part in the country’s GDP, but its role has been steadily decreasing. Efforts to improve agricultural development in Lesotho have been made through projects such as the SADPs. By increasing the rate and quality of agricultural production, there are hopes that food security, employment opportunities, rural livelihoods and nutrition will increase throughout the country as well.