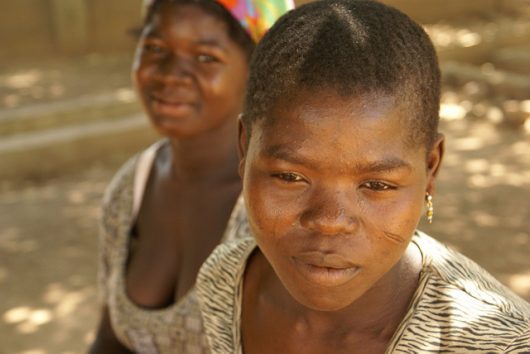 Togo is a small country in West Africa on the Gulf of Guinea that has struggled with human rights issues for years. In February 2005 their leader of 38 years, Eyadema Gnassingbé, died suddenly and his son, Faure Gnassingbé, was appointed.

His appointment drew widespread criticism, so Gnassingbé left the power and held elections which he won in April of that same year. Gnassingbé’s opponents declared the election fraudulent and hundreds of people were killed during this time of political unrest.

Today, Gnassingbé continues to serve as the president of Togo after being reelected in 2010 and 2015, but the new and fragile democracy still struggles with human rights violations. Below is an examination of five major facets to human rights in Togo, what improvements have been made and what still needs to be done in the future.

1. Legality and acknowledgement of the importance of protecting human rights on a national level has improved.

One crucial step that Togo recently took is its decision to become involved in international human rights conventions such as the International Covenant on Civil and Political Rights (ICCPR) and the Convention against Torture. In an of itself, this participation is primarily symbolic; however, it is still a vital step toward a better future for the citizens of Togo.

The Constitution of Togo sets the stage for a country that prioritizes human rights. Articles 15 through 18 state that nobody shall be arbitrarily detained, those who are in prison will be treated humanely and everyone maintains a presumption of innocence before a fair trial.

Article 21 condemns torture, Articles 25 and 26 declare freedom of speech and of the press and Articles 36 and 37 protect working conditions and the fair treatment of children. Reading through The Constitution of Togo, it is clear that at least on paper, human rights in Togo are respected.

2. Criminality is not handled lawfully, those on trial do not maintain a presumption of innocence and some wrongful arrests are made.

Although the constitution states otherwise, arbitrary arrests do happen and there is little to protect a citizen’s presumption of innocence. Despite every defendant’s right to obtain legal advice, most cannot afford it and must represent themselves. The practice of pretrial detention also renders the presumption of innocence futile as these detention periods can be lengthy and harsh.

Amnesty International reported that after the 2015 lawful protest demonstrations in Mango, “Five men remained in detention without trial… There were concerns that they may be held solely because they were the organizers of the protest.”

Detainees awaiting trial account for about 65 percent of the prison population and are not separated from convicted prisoners. Togo does not provide any alternatives to incarceration; therefore, those prosecuted for less serious or nonviolent crimes are detained in the same prisons as violent offenders.

The dangerous and inhumane prison conditions in Togo are alarming and still require significant reform. In some prisons, prisoners only receive one meal per day and die of hunger. The 2015 report from Amnesty International stated that, “Torture and other ill-treatment were used to extract confessions from detainees, and prisoners were denied timely medical treatment.”

Togo prisons hold more than double their capacity, which leads to increased risk of disease and death.

The 2016 Human Rights Report states that 27 prisoners died that year due to inadequate conditions. The overcrowding crisis in Togo prisons that is responsible for appalling human rights violations, is a direct result of pretrial detention and a broken justice system.

According to Togo’s 2016 Human Rights Report, The National Commission for the Fight against Corruption and Economic Sabotage lacked specific anticorruption legal mandates and was inactive. Other entities like the Government Accounting Office and Finances Inspectorate had limited resources and reported very few results.

Many reforms are still needed into the electoral process, such as instituting a presidential term limit, but the National Assembly rejected the bill that would institute that and other reforms.

5. Child labor and human trafficking have been addressed, but with only moderate improvement.

According to The United States Department Of Labor, Togo “has not devoted sufficient resources to combat child labor, and enforcement of laws related to child labor remains weak. In addition, Togo’s social programs to combat the worst forms of child labor do not match the scope of the problem and rely largely on NGOs and international organizations for implementation.”

Overall, Togo has made positive steps in its acknowledgment of the importance of protecting human rights; however, the country still has a long way to go in implementing protection and improving the lives of its citizens. The justice system and police force currently do not line up with what the Constitution of Togo declares, leading to continuing hardship and violations of human rights.

Since 2005, Togo has come a long way, but there is still a need to raise awareness and advocate for better prison conditions, corruption accountability and increased resources put toward combating child labor and human trafficking.