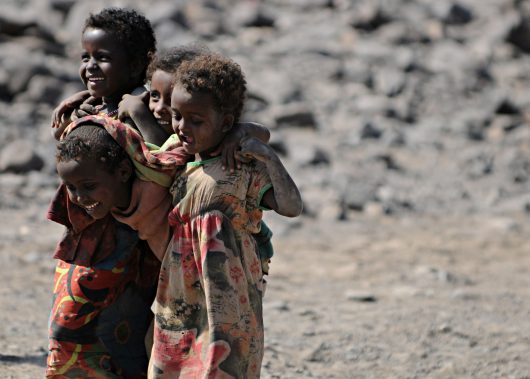 From 2011 to 2018, the U.S. Agency for International Development (USAID) has been working with Djibouti, a country located in sub-Saharan Africa. It operates numerous programs lasting from one to multiple years, and an increase in funding for specific programs has shown how USAID in Djibouti can work.

In 2012, Project AIDE received its all-time highest funding of $2.9 million. The Commodity Cost of USAID Title II Food Aid program was still funded, but only at one million dollars. However, 2012 brought a new program from USAID called Roads to a Healthy Future II (Roads II).  This program received $1.3 million and the purpose was to alleviate HIV/AIDS and other STIs in Djibouti. USAID in Djibouti worked the Roads II program from 2012-2017. Djibouti also first received U.S. President’s Emergency Plan for AIDS Relieve (PEPFAR) funds in 2012, which would help prevent HIV/AIDS starting in early 2013.

Both regular aid programs dropped in funding in 2015 to $1.2 million. The two programs are The Commodity Cost of USAID Title II Emergency Program for Protection, Assistance and Solutions and Roads II, but both remained the two highest funded programs of the year.

2016 brought an end to the Roads II program but marked the beginning of two new, highly funded programs. The water, sanitation and hygiene (WASH) sector received the most funding with $1.7 million, and the goal was to increase access to potable water, sanitation and hygiene. WASH also planned to help at least 25,000 poor or vulnerable people enhance their hygiene practices so they can live healthier lives. The other new program was the Workforce Development program (WFD), which aimed to help youth and adults obtain knowledge higher than basic literacy and numeracy to increase job opportunities. 2016 also brought along the Women’s Empowerment and Livelihoods project at Arta’s Regional Council, which is a two-year, one million dollar program to help women in Djibouti.

As of today, there are plans to help with US Food AID for refugees and to continue help with education, such as training another 1,200 primary school teachers and revising textbooks with a gender lens. USAID in Djibouti also plans to support programs to help control diseases such as polio, tuberculous and HIV/AIDS, and also improve nutrition. This year also brings the first public-private partnership to help with HIV/AIDS and building a 1,600 square foot center for health care, counseling, testing and education.

As the past ten years progressed, USAID in Djibouti changed with the needs of the country. Every year, USAID focused on what the country needed to be as successful as possible. With the constant aid and funding, Djibouti was able to increase its overall health and workforce and decrease its diseases rates.