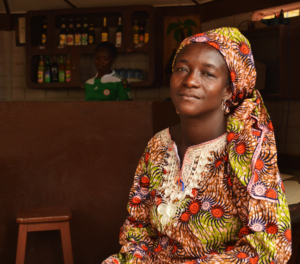 Togo is a country in West Africa that borders Ghana, Burkina Faso and Benin. The nation gained independence from France in 1960, and has a population of 7.89 million people. Despite the country’s success in phosphate production, more than 50% of the Togolese population lives below the poverty line. Togo is considered a “Least Developed Country” by the United Nations.

The extreme poverty that exists in Togo disproportionately affects women, as they are not granted equal opportunities for work and education. Togo ranks 115th of the world’s 129 countries on the Sustainable Development Goals’ gender index, which measures each country’s gender equality in terms of the sustainable development goals. These goals include access to education and health, among others, as well as addressing the prevalence of gender-based violence. Despite the many difficulties that still exist in almost every sector of daily life, there have been significant improvements for women in Togo over the past few decades.

5 Improvements for Women in Togo

These five improvements for women in Togo depict the country’s steady progression toward gender equality. Togo’s improvements in healthcare, education and economic opportunities for women contributed to a higher female life expectancy, which rose from 54.29 in 2000 to 61.61 in 2018. However, Togo must continue to address the problem of child marriage, as it is still legal for families to marry off their daughters to receive a dowry.  Although the legal age for marriage is 18 in Togo, marriages can be arranged before the age of 18 with parental consent. There is still work to be done in Togo, to reform laws in order to give women more power over their marital choices and educate parents about the harm child marriage can have on young girls and their futures.