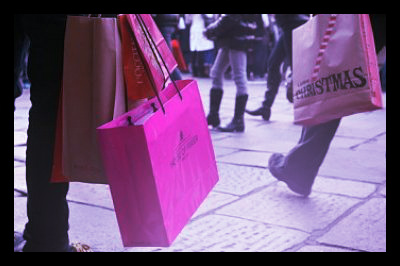 Beyond the messages of goodwill and the narratives of birth and rebirth, Christmas inevitably turns into an Olympics of materialism and consumerism. For now, there are only the hard questions on which to ruminate: What are the top ten gadgets we cannot live without this holiday season? What is the Cost of Christmas?

A Gallup Poll released November 14 revealed that the average amount an American plans to spend on Christmas presents this year totals to about $704. In 2012, Americans individually spent about $764 on average. To put it all in perspective, a Think Progress info-graphic revealed in 2012 that the amount Americans spend on Christmas (about $25 billion) is roughly equal to the cost of permanently ending homelessness in the United States ($20 billion).

The amount that Americans spend on Christmas presents and decorations entirely eclipses the $3.2 billion that the World Food Programme calculates is needed per year to feed all 66 million school-age children living in extreme poverty around the world. The American Christmas budget also dwarfs the annual budgets of the UNHCR, the World Food Programme, the UNDP and UNICEF combined.

Only $60 billion is needed to end world poverty.

The message here is that the extraordinarily privileged people of United States are entirely capable of leading the crusade against global poverty. Within the span of only one month of the year dedicated to holiday shopping, Americans spend enough money to permanently abolish global poverty by 50%.

While Christmastime may mean scrambling to the tree to unwrap the new Playstation 4, Xbox One and Apple products, perhaps it is time to additionally consider that that money can buy lasting world peace and equality—that these are gifts that are worth the investment and within our budget.