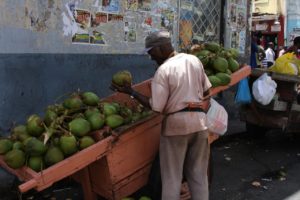 The population of Barbados is approximately 290,000. While hunger rates have drastically fallen within the last two decades, a new problem emerges—childhood obesity. The onset of the COVID-19 pandemic posed additional threats to both of these issues in the scarcity of healthy options or food altogether. In addition, the decreases in GDP indicate the economic consequences of lost tourism revenue. Here are five facts covering the state of hunger in Barbados as they recover from the impact of coronavirus.

5 Facts About Hunger in Barbados

From the ongoing success of the UNDP, FAO and other local and international associations, Barbados continues to address food insecurity and promoting nutrition to its citizens. Yet, the emphasis on local programs that simultaneously combat global and local issues, like climate change, demonstrates the workings of a multi-pronged approach to combat hunger.