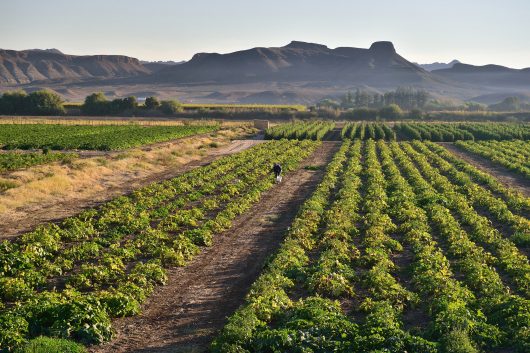 Let’s grow together. This is what MasterCard enabled with the launch of the 2KUZE mobile marketplace in January, which connects smallholder farmers, agents, buyers and banks in Kenya, Uganda and Tanzania.

Users can buy, sell and receive electronic payments for their crops through a mobile app. 2KUZE mobile marketplace makes the selling of crops more efficient for farmers, eliminating the need for them to travel long distances to markets. The platform also gives them access to a wider marketplace, allowing them to seek out the best price for their crops. Women will benefit from selling their crops through the platform, as their duties often prevent them from leaving home.

Through the app, buyers can post orders with the help of an agent. Farmers can see the orders and accept them. Agents then collect the produce from farmers and deliver it to buyers. The agents also pay farmers through a bank transfer or cash.

Eighty percent of African farmers are classified as smallholder farmers, who own small plots of land and rely mostly on family labor and grow only a few cash crops. Smallholder farmers often work with limited resources and incomes, which makes it difficult for them to improve the profitability and sustainability of their crops.

Named after the Swahili words for “let’s grow together,” the 2KUZE mobile marketplace was developed through MasterCard Labs for Financial Inclusion. There are currently 2,000 smallholder farmers in Nandi Hills, Kenya using the marketplace to sell their produce and work with agents to reach the best buyers at the best price.

MasterCard Labs for Financial Inclusion, in partnership with the Bill and Melinda Gates Foundation, collaborates with local expertise to improve access to financial services. The initiative works to empower the 500 million people previously excluded from financial services and promote more inclusive growth.

MasterCard also collaborated with Cafédirect Producers Foundation to introduce the 2KUZE mobile marketplace. This British nonprofit works with 280,000 smallholder farmers across Africa, Asia and Latin America. The smallholder farmer-led organization allows farmers to share knowledge and develop their own projects.