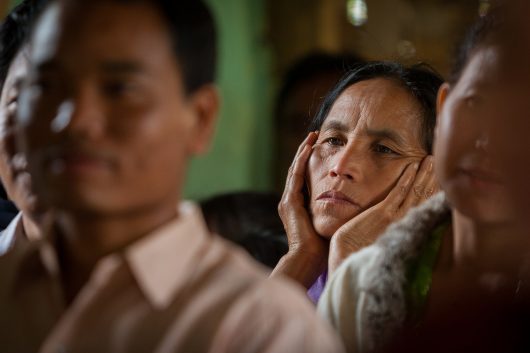 On Nov. 8, 2016, financial assets in India faced the possibility of losing their values completely. This potential instability, along with the ongoing failures of India’s current welfare programs, has pushed the government to consider alternative methods for economic stability. Thus, the government introduced the idea of a universal basic income (UBI).

By replacing India’s current welfare programs with a universal income, families, rich or poor, could receive monthly stipends of equal amounts. The economic survey conducted on a UBI plan proposes a monthly stipend of 893 rupees ($13) per month, amounting to 7,620 rupees ($112) per person each year.

Founding member of the Basic Income Earth Network, Guy Standing, has celebrated the potential positive outcomes from a UBI system, including debt reduction and women’s empowerment. Proponents of UBI hope to see the poor become more self-sufficient and to see social justice promoted.

Faced with corruption and the disproportionate allocation of funds, experts argue that India’s current welfare programs are indignant toward the country’s poor and give them no means of financial control. Transitioning away from such welfare programs would free up 950 existing welfare schemes that could fund a universal basic income plan. Overall, a universal basic income could reduce absolute poverty in India by 21.5%.

Currently, India has limited access to ATMs, and a third of Indian adults do not use financial institutions to manage their funds. The direct depositing of funds could encourage the use of formal financial services and could help improve financial infrastructure in India.

Given the recognizable need for reform in India’s welfare programs, current statistics reflect issues that need resolving before establishing a universal basic income. For example, access to a UBI program would only be available for 75% of the population, creating quite an expense that would account for 4.9% of India’s GDP. Limited access also leads to the question of fairness. Would the wealthy still collect from a UBI program and leave some in extreme poverty without access, or would the rich honorably opt-out as beneficiaries to a program for which they have no need? These dilemmas make the debate on a universal basic income more complex.

The question to consider going forward is: what will be the most efficient way to replace India’s current welfare system? According to India’s Chief Economic Advisor, Arvind Subramanian, there is much to consider in implementing a universal basic income. However, the good news remains that efforts are being made to alleviate the people of India from poverty through a potential plan for a universal basic income.