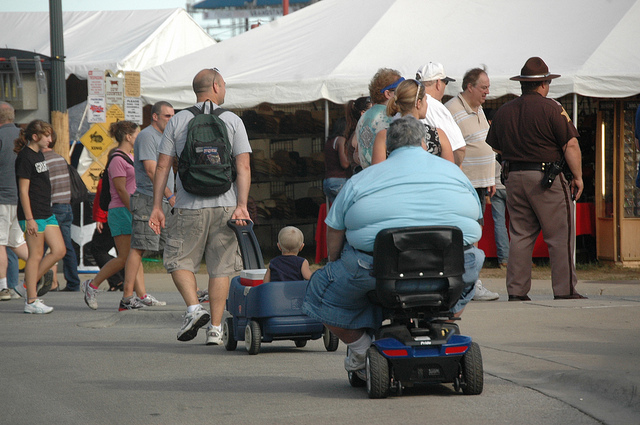 The state of physical activity – or perhaps inactivity – is presenting researchers with a new problem in an age of widespread poverty. Over two billion people are currently obese or overweight, globally. Subsequently, one in 10 deaths are the direct result of health issues stemming from inactivity and obesity.

Inactivity in high-income countries is not a novel concept. When there are means of automatic transportation, a market or grocer nearby and a population that has access to vast white-collar work opportunities, inactivity – and its resulting obesity – existing at an elevated rate is not suspect. However, obesity in resource-poor nations is now concerning global leaders. When a country cannot afford basic needs without help, how will it deal with increased healthcare costs associated with poor health?

Brazilian researcher, Dr. Pedro C. Hallal, recently sought out to answer just how inactive the world is becoming. In 2012, Hallal compiled answers to 155 population surveys from 122 different countries, with the purpose of collecting data about people’s general health and lifestyle choices. What Hallal discovered was that severely impoverished countries, like Swaziland and Dominican Republic, ranked at the top of the list of the most inactive countries, alongside some of the most affluent countries.

According to Hallal’s research, Malta ranked at the very top, with nearly 72 percent of the population reporting high levels of inactivity. However, the Pacific Islands, Middle East and Americas lead the way, generally. For comparison, the U.S. had an inactivity rate of 41 percent. The countries with the most commendable numbers were well under 10 percent; these include Bangladesh, Mozambique, Benin and Cambodia.

Sub-Saharan Africa demonstrates, though, why physical activity is so essential, even when wages and higher living standards cannot be guaranteed. Noncommunicable diseases, such as diabetes and cancer, thrive in resource-poor countries such as Kenya. While these resource-poor nations are having a tough time ensuring a balanced diet, the rapid urbanization of these same countries is compounding the negative health effects and increasing the number of health-related deaths.

A healthy lifestyle ultimately depends on an active one. This does not mean that gyms need to be constructed immediately, nor does foreign aid need to fund exercise equipment before meeting basic needs. Rather, one important thing that can be done is simply encouraging people to be more active. The U.N. has intervened, with its Sustainable Development Goals placing a focus on poor eating choices combined with physical inactivity, and the need to improve the rates of obesity that result from these choices.

However, the solution must be a societal one. Frank Hu, professor of nutrition and epidemiology at the Harvard T.H. Chan School of Public Health, noted that “different countries have different issues… You need to mobilize (their) whole society to tackle the problem… it’s not just a medical problem.”

The benefits of a healthier nation are also not a novel concept. When people are physically active, the heart and lungs experience increased efficiency, cholesterol levels go down, muscles strengthen, blood pressure problems decline and, overall, individuals makes themselves less susceptible to major illnesses. There are no inherent risks in encouraging people to walk a little more and have their kids play outside for 30 minutes, aside from a possible scraped knee or other minor accident.

The rising level of obesity in resource-poor nations should concern the countries experiencing it, along with the countries that are providing foreign aid. While not every nation can adjust the foods available, individuals in resource-poor nations can still make choices about their physical activity in order to prevent obesity. Neglecting to address this issue will only open the door to more medical expenses for countries that cannot afford to run themselves financially. Obesity is preventable, but it takes societal motivation and accountability to help prevent it.

The Fight for Girls’ Education in Malawi WeFarm: An Agriculture Startup Ending Poverty
Scroll to top