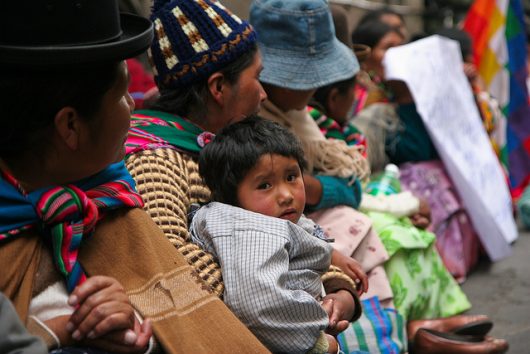 Bolivia is a mountainous landlocked country in the heart of South America. With 36 languages and 51 indigenous groups, it is a mosaic of the diversity in the Andes. Since establishing independence in 1825, the country has experienced serious political turmoil, with the total number of revolutions and coups around 190. With so much chaotic political history, the incredible story of refugees in Bolivia is often forgotten. Here are 10 facts about refugees in Bolivia.

10 Facts About Refugees in Bolivia

Water protests have shut down entire cities in Bolivia, especially in the Cochabamba Water Wars of 2000. The melting of glaciers, drought and changing climate conditions could be a huge source of instability, refugees and immigration in the future. Bolivian President Morales shows commitment to the environment going as far as to legislate granting rights to the land and Earth itself. Regional and international partners will be necessary to tackle the climate challenges that will otherwise be left unaddressed and create more refugees in the future.

How Sustainable is the McGovern-Dole Program? 10 Important Facts About Refugees in Lesotho
Scroll to top