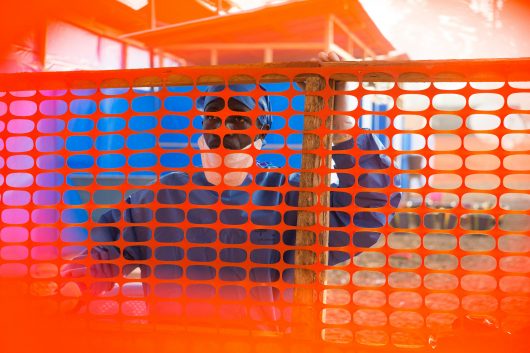 Malaria is a parasitic infection transmitted through the Anopheles mosquito, a genus found on every continent except Antarctica. Humans have known about malaria for thousands of years, but it remains one of the most threatening diseases in the world. Here are 10 facts about malaria and its epidemiology.

1. Malaria threatens almost half of the world’s population.
According to the World Health Organization (WHO), 3.2 billion people in at least 95 countries are at risk for malaria today.

2. Malaria killed nearly half a million people last year.
WHO estimates that malaria killed 438,000 people in 2015 and infected more than 200 million. Children under the age of five account for two-thirds of malaria deaths.

3. Pregnant women are at especially high risk.
Women who contract malaria while pregnant are more likely to die from the illness. The disease also threatens fetal health and can cause a variety of birth-related problems. Babies born to mothers who have malaria are likely to have health problems. According to WHO, malaria is responsible for one-third of all preventable low birth weight cases.

4. Africa suffers the most from the disease.
While malaria is endemic on four continents, Africa bears the brunt of the burden. Last year, Africa accounted for 89 percent of all cases and 91 percent of all deaths from malaria, the vast majority of which occurred in just 15 countries.

5. Drug resistance is an increasing problem.
When malaria patients don’t finish their full courses of treatment, the parasites can develop resistance to the drugs used to treat them. The development of drug resistance has always been an aspect of dealing with malaria, but scientists are reporting alarming multi-drug resistance in the Mekong region of Southeast Asia. The spread of a strain that doesn’t respond to the strongest drugs could undo years of work fighting malaria elsewhere.

6. Malaria reinforces poverty.
Malaria not only threatens people living in poverty; it exacerbates the problem. Where malaria is rampant, economic growth and development suffer enormously.

7. Climate change will expand the scourge of malaria.
Rising temperatures and increased rainfall and humidity will increase the range and number of malaria-carrying mosquitoes. Studies suggest that a rise in global temperatures of just two to three degrees Celsius could put hundreds of millions more people at risk for contracting malaria.

8. Malaria is easily treatable and preventable.
Preventing malaria is as simple as avoiding mosquito bites. Since the mosquitoes that transmit the parasite are nocturnal, sleeping under a bed net at night is generally an adequate prevention measure.

If detected early, malaria can be treated and cured with a course of prescription drugs in a matter of days. The disease becomes dangerous when it is not detected quickly and medicine is not readily available.

9. Globally, humanity is winning the battle.
In the last 15 years, malaria incidence has decreased by 37 percent among at-risk populations. In those same populations, death rates were more than halved. Additionally, the death rate among young children has gone down 65 percent.

10. Malaria can be eradicated.
Adult mosquitoes only live for one or two weeks, and they don’t travel far from the location at which they hatched. If communities have the means to prevent transmission completely, the disease can be erased locally in a matter of weeks. According to Bill Gates, the international community can, with some determination, eradicate the disease globally in the next two or three decades.

Global efforts have proven that eradication is possible. In the past decade, Europe eliminated its indigenous cases of malaria completely, and in September, WHO declared Sri Lanka, a country of more than 20 million people, malaria-free. If Gates is right, the rest of the world may soon follow.