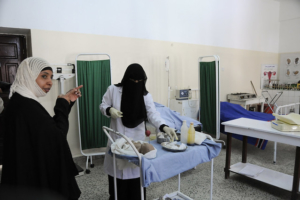 Yemen is currently in the midst of a violent civil war. The war has had a destabilizing effect on Yemen’s health care system. The Yemeni people face high rates of malnutrition, a cholera epidemic and a lack of access to necessary medical resources. This article provides 10 facts about health care in Yemen, the war’s effect on health care and the role of foreign aid in addressing the country’s health problems.

10 Facts About Health Care in Yemen