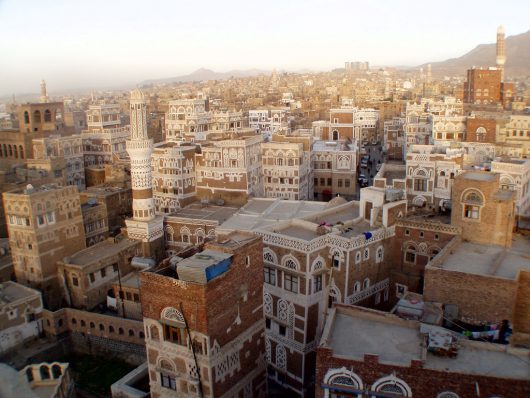 In 2015, the SANAD Fund for Micro-, Small and Medium Enterprises (MSME) and Al Amal Microfinance Bank signed into effect a loan of $3 million. This loan provided the opportunity for new and small enterprises to develop in Yemen. As SANAD’s first investment in Yemen, this loan allowed a greater possibility for the country’s poor to gain credit access in Yemen for small business ventures.

This loan was a collaborative effort. Al Amal is a microfinance bank in Yemen and MSME was funded by KfW Development Bank, with the German Ministry for Economic Cooperation and Development and the European Union providing the financial support for the loan.

The purpose of this loan was to strengthen the financial market through the development of micro-, small and medium enterprises and practicing principles of responsible finance for new entrepreneurs. Loans such as these allow for small enterprises to prosper by gaining credit access in Yemen.

However, in 2016, because of conflict in the nation, credit access in Yemen decreased on a large scale. Credit access for food cargoes and supplies for civilians in extreme poverty weakened. Lenders became disincentivized to offer lines of credit because of the civil war between the government, the Houthi militia and al Qaeda that is still ongoing.

International banks have declined to process lines of credit due to the instability in the country. This leaves traders to supply a full shipment of cargo without pay until arrival, an extreme risk to the trader.

Yemen’s central bank worsened the situation by stopping reasonable exchange rates for local traders purchasing rice and sugar for import. Yemen relies heavily on imports, and with these less than ideal circumstances, many individuals are left lacking basic necessities.

Government aid is working to combat the effects of poor credit access in Yemen. USAID funded over $100 million to supply roughly 400,000 people with food, water, shelter, healthcare and education.

The Yemeni government received four rehabilitated schools in Abyan and Aden because of USAID funding and a projected 13 more schools will be completed for use in southern Yemen.

Investing and providing credit access in Yemen seems risky, but through foreign aid and private investments to smaller enterprises, conflict may be driven down and local enterprises and trade may be allowed to grow in the country.