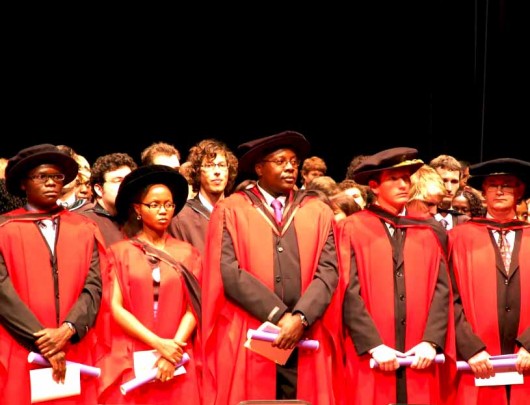 According to recent statistics provided to UNICEF by the Zimbabwe Ministry of Education, about 2 million children are attending school throughout the country.

However, despite this seemingly good news, the classroom environment provided in the Zimbabwe education system suffers from a chronic lack of funding. In many classrooms throughout the country, they go without the proper facilities, materials and supplies for students to learn. In addition, the Zimbabwe education system’s curriculum is considered unbalanced and leaves students unprepared for higher education.

In response to this crisis in education, in 2013 the government of Zimbabwe instituted a series of reforms to revitalize the education system, including a review and overhaul of the curriculum.

An article titled “Education: Literacy is not enough,” published by the Zimbabwe Independent in 2014, states that the country maintains a literacy rate of approximately 90 percent, making the people of Zimbabwe among the most learned African scholars.

However, despite the growing literacy rate in Zimbabwe, very few people pass the national exams. The Ordinary Level Exams are the country’s measure of competence – roughly the equivalent of high school exit exams.

As seen in a report by UNESDOC, the United Nations Development goals for Zimbabwe for 2013-2015 show that education is a clear priority for development. The UN’s goals for the education system in Zimbabwe are to:

But challenges remain. A story published by National Public Radio recounts the tale of a 14-year-old girl who was held back from attending school because of the fees. Government schools charge about $40 to $90 per child to attend. In poorer areas of the country, the families just cannot afford it.

An article by the African Report has the dropout rate at roughly 43 percent of students, forced out of school because they cannot not pay the government fees. This amounts to about 13,000 students in Zimbabwe last year.

Finding qualified teachers is yet another significant obstacle for the education system in Zimbabwe.

The United Nations is working closely with the government of Zimbabwe to help rectify these issues. The international community through the United Nations is committing $166.2 million to ensure that primary school children receive a proper education.