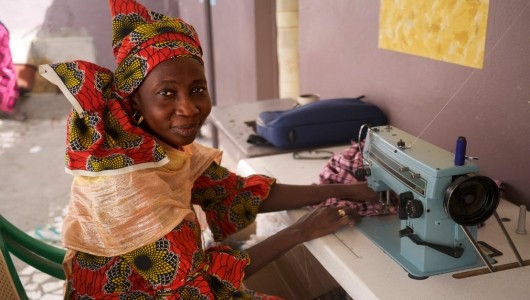 Big business ideas and economic enterprises are no longer limited to the corporate boardroom. The digitally connected world has provided entrepreneurs from all corners of the globe ways in which to make their concepts known; social media and increased mobile access have given tomorrow’s innovators a voice they lacked in the past. The main issue, however, is that those in developing countries still lack access to funding and capital, no matter how strong their idea.

That’s where Zidisha comes in. Zidisha is a nonprofit micro-lending service that allows potential borrowers to receive direct loans from an online community. The organization’s main goal is to promote economic development by cutting out lending middlemen and local banks that often charge supremely high-interest rates on loans.

The process is quite simple. Potential borrowers need only reliable online access, something that is only becoming more and more available. The borrowers then submit a profile describing themselves and their intended use of the loan. A one-time processing fee of around $12 is charged.

Zidisha is a very small company and merely provides a platform for users to interact directly. “We’ve built a decentralized marketplace that has no offices, no employees or loan officers in borrower countries,” says company founder Julia Kurnia. Zidisha lets borrowers receive funds via SMS straight from lenders at a zero percent interest rate.

Loans are typically small. Zidisha states that the average loan is $200 to $300. Loans have enabled entrepreneurs to buy computers for an Internet café and sewing machines for a village shop. Both have relatively low costs, but a significant impact. According to Wired Magazine, the computers that were funded by Zidisha loans have empowered many, as they have been used to teach office programs like Microsoft Word and Excel.

Zidisha’s purpose is clear in its name. The word means “grow” in Swahili. By charging no interest and only asking for the principal returned, Zidisha enables borrowers’ ideas, which would normally be denied by the typical financial institutions, to flourish.