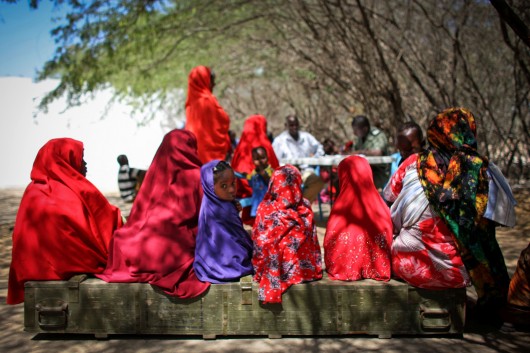 A minute is all it takes for 28 young girls around the world to be married off as child brides, adding up to 15 million underage brides per year. One of the main reasons for young marriage is to relieve the bride’s family of having to support her, which some struggle to do. As a result, the cycle of poverty continues with those girls having to abandon school and years later, their own underage daughters get married.

A child’s place is at school learning, making friends and playing. They are usually emotionally and physically unprepared for marriage, making them susceptible to domestic abuse and life-threatening pregnancies and births.

Until Feb. 2015, Malawi had one of the highest rates of child marriage, with 50 percent of girls being married before the age of 18. This changed in Feb. 2015, when President Peter Mutharika signed a law raising the marriage age from 15 to 18. To show the commitment to enforcing the law, 300 child marriages were annulled and kids were sent back to school earlier this month. Despite the progress, there is a loophole where parents can provide consent for 16-year-old girls to marry.

The fight to pass this law has been a process with Malawi’s Stop Child Marriage campaign beginning in 2011 by Girls Empowerment Network (Genet) and Let Girls Lead. They trained 200 girls in the Chiradzulo District of southern Malawi to become advocates. The advocates lobbied 60 village chiefs to change laws and establish by-laws to protect teen girls from marriage and sexual initiation practices.

The bylaws force men who marry girls under 21 to give up land and pay a fee of seven goats, a major economic penalty in the region. The bylaws also imposed social sanctions such as three months of janitorial service in a local health clinic for parents who marry their underage daughters.

Genet had hoped the election of the first woman president, Joyce Banda, would raise the marriage age, but she didn’t. Then in 2014, when Peter Mutharika was elected, Genet advocated extensively with his minister of gender, Patricia Kaliati. Fortunately, President Mutharika believes in the empowerment of financially independent women and signed the law.

Although it is difficult to break cultural beliefs and traditions, especially in rural areas, progress is being made at the government level. The local education campaigns will play a key role in educating and spreading the word about the new law, especially in places where people may be less educated regarding the law.

One strong advocate, Memory Banda, 18, was able to finish school, but her younger sister wasn’t as lucky. Memory’s younger sister was married at 11 to a man in his early 30s. This led her to speak up and help in leading the campaign to pass the law. Memory’s sister is now 16 with three children. In March, Memory spoke at the U.N. Commission on the Status of Women for herself, her sister and the 70 million girls married as kids.