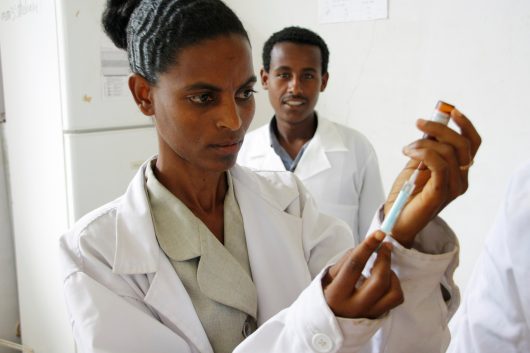 Over the past several decades, the global health community has taken on the challenge of eradicating diseases such as polio, tuberculosis and malaria.

Dengue fever (pronounced den’gee), a mosquito-borne viral infection, is another agenda item, which the World Health Organization (WHO) notes “has rapidly spread in all regions” putting about half of the world’s population at risk.

Similarly, the Center for Disease Control and Prevention (CDC) calls dengue fever a “leading cause of illness and death in the tropics and subtropics.”

The WHO estimates that nearly 400 million people are infected with dengue fever each year. Close to 500,000 individuals who have developed severe dengue fever or dengue hemorrhagic fever will require hospitalization and about “2.5 percent of those affected die.”

Symptoms of severe dengue fever include sharp abdominal pain, persistent vomiting, rapid breathing, bleeding gums, fatigue, restlessness and blood in vomit. The WHO highlights that the first 24-48 hours after initial symptoms begin can be lethal without proper medical attention and care.

Currently, there is no cure for dengue fever. However, the WHO has now approved a vaccination called Dengvaxia, which took 20 years to be developed at a cost of $1.8 billion.

Dengvaxia, developed by Sanofi Pasteur is being released in the Philippines this month in the first ever public immunization program for the virus. The Philippines has had the highest rates of dengue fever in the pacific region with over 200,000 cases reported in 2013.

A report in the Seattle Post-Intelligencer notes that the vaccination “prevents dengue hospitalizations by 80 percent and severe dengue cases by 93 percent.” The program was launched in Manila’s Marikina city to hundreds of public school children and is being administered in three courses, separated by six months.

The Philippines Health Secretary Janette Garin called the program a “historic milestone”. Garin continued, “We are the first country to introduce, adopt and implement the first-ever dengue vaccine through (the) public health system and under a public school setting.”