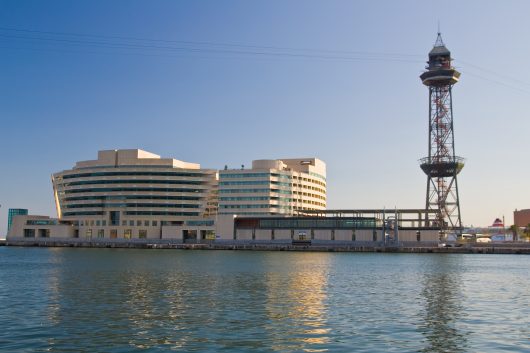 In an era of global retrenchment and calls for protectionist trade policies in developed countries, the increase in trade in 2017 gives a glimpse of hope for the future, especially for the economies of emerging markets.

World trade and emerging markets are closely related. Since declining in 2016, world trade is growing at a faster rate than this time last year, largely on the back of import demand from emerging market economies, especially in places like Brazil and Russia. This is good news as it pertains to poverty in these countries. Between 2014 and 2016 in Brazil, the population living below the poverty line declined by more than 3 percent, or around 6 million people.

Since hitting a low in 2016, the dollar amount of imports has increased drastically in Brazil, with an exceptional bump in July 2017. There is no current data on the poverty level in 2017, but it is safe to assume that it is continuing to decline as Brazil’s economy improves and domestic demand increases, resulting in more trade activity.

General Russian commerce has increased as well, with the EU being the main benefactor of this trend. However, the Russian economy has stagnated and slowed due to a supply glut and subsequent diminishing of prices for fossil fuels. This has actually led to an increase in those living in poverty. However, the upward trend in trade due to demand in this emerging market may spell good news for poor Russians.

The relationship between world trade and emerging markets looked grim in recent years due to a surge in populism and protectionist policies in Europe and the United States. Trade is widely considered to be the reason that certain economies, who otherwise would have experienced stagnant growth and increased poverty, were able to establish more free economies and a consumer-based middle class.

Not only are these economies important in terms of production of consumer goods for developed countries, but are now increasingly becoming destinations for such products themselves. If this trend stays true, not only will poverty in these countries continue to decline, but a middle class will emerge and become vibrant markets for products from developed countries, thus benefiting everyone.

Despite what may look like a grim near-term forecast in terms of global trade resulting from political trends in developed countries, history is on the side of greater integration and raising the standard of living for everyone. World trade and emerging markets will continue to be a catalyst spurring growth and reducing poverty across the globe.