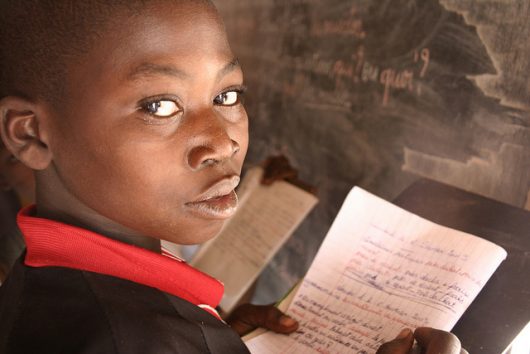 “Everyone has the right to education,” stated the Universal Declaration of Human Rights 61 years ago. Unfortunately, this statement has not been true for all countries in the world. More than 72 million children are currently out of primary school, with 50 percent living in Sub-Saharan Africa and 11 million of them concentrated in Nigeria alone. According to a ruling from the Economic Community of West African States Community Court of Justice, all Nigerians are entitled to education as a legal and basic right. However, the right to education in Sub-Saharan Africa has not been granted to many children who suffer from marginalization and deprivation of education.

UNICEF released a report in 2016 on The State of the World’s Children, showing that even children in school for at least four years are not learning the skills and knowledge that are vital for their intellectual and social development. Because of inaccessibility to quality education, the same report states that about 130 million children of primary school age in Sub-Saharan Africa lack basic literacy and numeracy skills. According to the World Bank, Sub-Saharan Africa has the lowest adult literacy rate worldwide, with 60 percent of their population of 15 and over able to read and write, which is far below the 80 percent world rate.

Increases in out-of-school and dropout rates are directly linked to many poverty factors such as health issues, unemployment and have illiterate parents. Some children are forced to quit school for health problems or the need to provide support for their household. Another factor increasing risks of non-schooling concerns the lack of financial resources needed for schooling materials, creating schools and recruiting and training teachers.

By taking a closer look at the data, girls reveal to be the ones majorly disadvantaged by non-schooling. UNESCO data discloses major gender inequity statistics such as 23 percent of out-of-school girls compared to 19 percent of boys in primary school. It also states that the exclusion rate of adolescent girls reaches 36 percent, while the one for adolescent boys is 22 percent.

Now, the question is what needs to be done to achieve the right to education for all in Sub-Saharan Africa? First of all, there needs to be additional investments in educational aid from leading international donors, such as the U.S. Reducing the general costs of schooling for families will also help increase access to education for many children. Gender equality is also a key issue to be considered in education that can be achieved through training teachers and parents to increase gender awareness in the classroom.

According to the UNICEF report, it is also important to make sure all children get quality education by acquiring skills that enable them to participate fully in society and obtain jobs that can help lift them out of poverty. If every child was entitled to education and had the opportunity to build a secure livelihood, it would have major positive effects on the society and economy of Sub-Saharan Africa and around the globe.