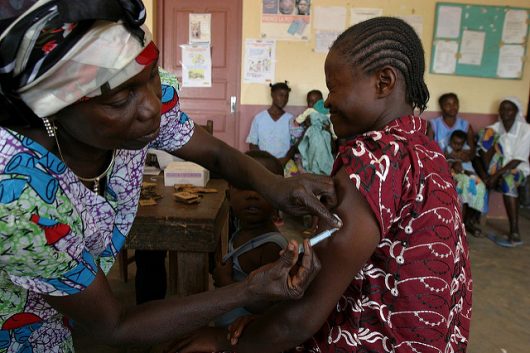 The World Health Organization (WHO) is a worldwide company first launched in April of 1948. WHO was established as a specialized agency of the United Nations, created to focus on improving the health of our society.

Now employing more than 7000 people in 150 countries around the world, WHO strives to ensure that everyone has access to the most basic needs everyone deserves. The World Health Organization focuses on several important areas, including noncommunicable and communicable diseases, health systems and promoting health through the life course.

The WHO’s campaigns against two deadly diseases of smallpox and polio were extremely notable. Thanks to the WHO’s multimillion-dollar vaccination campaign, the smallpox vaccine became available around the world in 1967. The campaign was successful, and by 1980, the world was free from the disease.

In 1988, the World Health Organization once again created a vaccine campaign, but this time for polio. Polio was once a disease that affected people all over the world, but thanks to the efforts of the WHO, it is now confined to South Asia and Africa.

In April of 2018, WHO announced it would be collaborating with several organizations — including Gavi the Vaccine Alliance, UNICEF and many others — to vaccinate close to one billion people in Africa against yellow fever. The hope is to have reached this goal by 2026.

This campaign is called the Eliminate Yellow Fever Epidemics, and was launched by Dr. Tedros Adhanom Ghebreyesus, who stated, “With one injection we can protect a person for life against this dangerous pathogen.” This is just one of many comprehensive strategies created by this organization to combat the outbreak of deadly diseases across the globe.

The World Health Organization, along with Gavi The Vaccine Alliance and many other organizations, have made an incredible amount of vaccines available all over the world. They have collaborated to provide vaccines for things such as tuberculosis, measles and hepatitis b.

January of 2018 also sparked a new collaboration between WHO and U.N. Environment. This new agreement will increase joint action between the two organizations in the effort to increase action on topics such as air pollution, water quality and food and nutrition issues.

These organizations have recognized that the environments in developing countries cause hundreds of thousands of deaths per year, because of pollution and contaminated drinking water. With these two major organizations working closely to implement new programs, the hope is to tackle these major issues and see growth each year. The two organizations will meet annually to discuss strategies and plans for reaching these goals.

For 70 years, the World Health Organization has been a leader in strategic planning and implementation of new programs around the globe. Hundreds of thousands of people in developing countries contract diseases and suffer from malnourishment each year, but WHO is working with leaders all over the world to ensure everyone is able to access lifesaving vaccines, clean water and shelter.

Working in over 150 countries around the world and raising millions of dollars each year, the World Health Organization strives to end diseases globally, and provide support to countries in need. With the support of world leader and donor countries, the WHO is changing the outcome of countless lives.