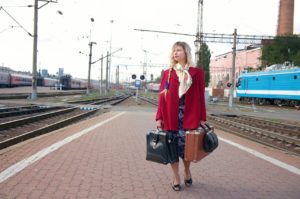 The Work and Travel USA program is a United States’ government program that offers foreign students an opportunity to work and travel across the country through the provision of a J1 work visa. The program allows over 100,000 students to come to the U.S. into a variety of cities and towns across the country each summer.

Advantages of Work and Travel USA

Prior to moving to the U.S. for the summer, students find an employment opportunity in the U.S. through their respective work and travel agencies. Upon arrival, four months of work are defined and nearly a month’s time of travel and leisure for each student, depending on their savings throughout the summer. The program offers foreign students the unique opportunity to earn thousands of U.S. dollars, experience American life and culture through personal interaction and work experience as well as the privilege of repatriating thousands of dollars back into their respective country’s currency when they inevitably return home. Unless they decide not to return home.

Middle Classes of US and Russia

According to the Pew Research Foundation, approximately half of the U.S. population that totals to around 320 million citizens reside in middle-class households. Despite a strong representation of middle-class American citizens, financial gains for middle-income Americans during this period were modest compared with those of higher-income households, causing the income disparity between the two groups to grow.

Contrary to the United States, Russia’s middle class has shrunken to the point of nonrecognition. In developed countries, the middle class is an essential class, the guarantor of social and political stability, legislator of norms of socio-economic and cultural behavior. Its representatives are characterized by independence and critical thinking that facilitate the development of civil society and the efficiency of state management. In Russia’s developing nation, the middle class is parceled into ultra-rich oligarchs that, in fact, represent the elite and the derelict poor on the opposite side of the spectrum.

Motivations for Work and Travel Program

Russian student candidates for the Work and Travel USA program fall somewhere in the middle. They are aged from 18 to 28 years, have a proficiency in English, belong to a travel agency with a work arrangement, they have obtained all legal documents to work in the U.S. for three to four months and have successfully completed at least one semester at their home university.

The motivations for applying to the Work and Travel USA program appear obvious, but American laborers and academics seldom realize the hidden incentives behind a J1 visa and its political power. On average, candidates for the Work and Travel USA program initially put up over $1,200 in program fees and paperwork in order to be afforded a J1 visa and to work in the United States. The granting of this visa grants temporary freedom to a Russian student that he or she is seldom likely to experience while living, studying and working in Russia.

Matters of poor higher education standards and poverty in the form of household income, per capita GDP, social exclusion on the basis of sexual orientation and gender and geographic/geopolitical disenfranchisement are the primary motivations for a select few Russian J1 visa holders to defy the Work and Travel USA agreement and ultimately overstay their visas in pursuit of residency, a green card and, ultimately, American citizenship.

Misuse of Work and Travel USA

The J1 visas awarded to students through the Work and Travel USA program have become a solution to middle-class poverty students in Russia for escaping the country. Rather than committing to a broken system of higher education or working tirelessly in a blue-collar trade, many young Russians are overstaying their visas while in the U.S. in preparation for a new life. Due to matters of conflicted interest, Russian travel agencies and the U.S. government do not disclose precisely how many J1 visa holders overstay their visitor status.

The issue of overstayed J1 students obviously concerns the internal environment of Russia and its connection to poverty. Young Russian citizens know better than to assume the state of affairs in Russia will improve to the point where poverty will be alleviated nationwide. Thus, students fortunate enough to make the cut and receive the J1 visa often pursue the Work and Travel USA program with nefarious and permanent intent.

There are real solutions to solve this suboptimal state for young Russians in the middle class. The establishment of lobbyist groups to improve higher education standards will begin to set positive trends in motion. There is however the persisting issue of Russians wanting to visit the USA with the intent of returning home. Programs and measures taken must work to encourage all Russian J1 holders to return home without disadvantaging those who seek the program with integrity.

Conversely, the issue of overstaying can be reframed entirely. Perhaps the U.S. can begin to set up incubator programs for foreign students who overstay their visa in order to afford them the necessary legal resources so they may make legitimate claims to the residence. If Russia refuses to enact policy that addresses its middle-class poverty issue, perhaps it is time for the United States to step up and show how far legislation can go to improve the lives of law-abiding people.