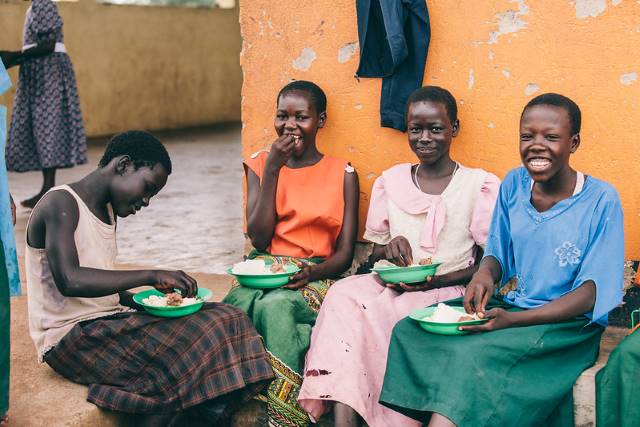 Women’s rights in Uganda are notoriously spotty. Ugandan women experience high rates of physical and sexual abuse, at 56% and 22% respectively. Additionally, child marriage is common and 40% of Ugandan girls marry before they turn 18. As a result, many girls never complete their education or gain the necessary job skills to help them provide for themselves and their families. The lack of opportunities for women to thrive economically only perpetuates poverty in the region.

The Gender Gap and Poverty

Uganda currently ranks 65th out of 153 countries on the Global Gender Gap Index for equal “economic participation and opportunity” among men and women. With 19.7% of Ugandans still living below the poverty line in 2013 and two in three households that escape poverty and then fall below the poverty line all over again, striving for women’s rights in Uganda is one essential step needed to combat the region’s prevalent poverty. Over the last few years, the Ugandan Government and nonprofit groups have made great strides to advance women’s rights in Uganda.

Legislation for Women’s Rights in Uganda

Over the last 15 years, Uganda has passed a volley of legislation designed to protect women’s rights. These laws make it more likely for women to have the physical health and wellbeing to hold jobs and begin to address the social barriers to women’s economic participation.

Addressing women’s rights in Uganda is a key part of Uganda’s Second National Development Plan 2015/16 – 2019/20. The Plan explains attaining women’s rights as a prerequisite to desired economic growth and proposes several key initiatives to increase women’s access to business ownership and resources. The initiatives include using technology to promote women’s issues, advancing economic reforms to allow women equal access to inheritance, property and public financial resources as well as addressing widespread gender discrimination. An additional public policy plan, The National Strategy to End Child Marriage, seeks to enhance women’s autonomy and economic opportunity by curtailing child marriage, which stunts teenagers’ abilities to seek education and exposes them to marital violence. Due to child marriage, currently up to 35% of girls drop out of school before age 18.

Organizations for Women’s Rights in Uganda

The National Union of Women with Disabilities in Uganda (NUWODU) seeks to expand ongoing women’s rights work to women with disabilities. In particular, NUWODU aims to end discrimination against disabled women workers in the job market and to increase their wages and access to services.

While there is still plenty of work to do, the progress being made by nonprofits and governmental action taken on behalf of Ugandan women enables them to attain long-term economic equality and prosperity that will help the region as a whole to fight poverty.