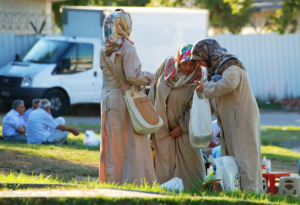 Turkey is located in the Mediterranean between Europe and the Middle East. Once part of the Ottoman Empire, this transcontinental country became autonomous in 1923 and is formally named the Republic of Turkey. After achieving sovereignty, the Turkish government immediately enacted legislation to ensure equality for men and women within politics and society. Despite these reforms, women’s rights in Turkey could still see improvement.

A Brief History of Women’s Rights in Turkey

Women’s rights in Turkey have come a long way since initial equality legislation in 1923. By the 1980s, women’s rights movements had gained more momentum when the Turkish government responded to protests regarding violence against women. In 1985, Turkey ratified the Convention on the Elimination of All Forms of Discrimination Against Women (CEDAW), thus giving women’s rights issues the political focus they deserve. Through the 1990s, the passage of laws to protect domestic violence survivors granted more fundamental rights to women. However, the Turkish government did not stop there in their fight for women’s rights.

In 2011, the Republic of Turkey—along with many other European countries—drafted and signed a resolution known as the Istanbul Convention to further solidify and protect women’s rights. This resolution provided strict legal action against those who committed violence towards women.  The status of women’s rights in Turkey has improved significantly since 1923, but the existence of said rights are currently at stake.

On August 13, 2019, Turkish President Recep Tayyip Erdoğan stated the government’s plans to withdraw from the Istanbul Convention altogether. Erdoğan explained that the convention’s resolution, “puts a dynamite on the foundation of the family” and is “not legitimate”. His decision has sparked outrage among women’s rights supporters in Turkey as this convention was a major milestone for women’s equality not only in Europe but across the world. Many have taken to the streets to protest Erdoğan’s declaration, but this has not reversed his proposal.

Turkey’s femicide rates have also increased in recent years. Femicide is known broadly as the murder of women and girls, and more specifically is the intentional killing of women simply because they are women. In 2019, 417 women were killed in domestic violence incidents and in 2020, 207 women were killed in homicides. This rise in femicide rates is attributable to both domestic violence and “honor killings”. Honor killings are when relatives or partners kill a loved one if they feel they’ve dishonored them in some way. Turkey has seen an increased rise in honor killings since 2018.

Worldwide domestic violence against women has increased significantly amidst the COVID-19 pandemic—and Turkey is no exception. The recent femicide of 27-year-old college student Pınar Gültekin sparked outrage among women’s rights advocates in Turkey. Many have taken to the streets to call attention to rising femicide rates and domestic violence against women. Protests against President Erdoğan’s decision to withdraw from the Istanbul Convention have also reignited in the aftermath of Gültekin’s murder.