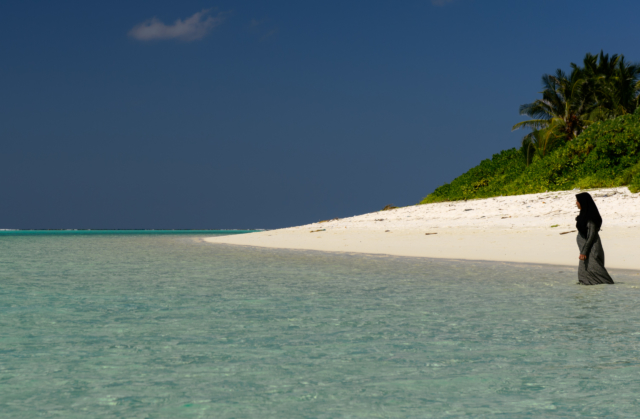 In recent years, the Republic of Maldives established itself as an upper-middle-income country with a booming tourism sector. The nation’s islands, spread across many atolls, have become a popular destination for luxury stays in overwater bungalows. International visitors provide half of the Maldives’ revenue. With jobs and opportunities on non-native islands, women have been stepping out of traditional domestic roles and are migrating to urban areas for greater economic independence. This shines a light on women’s rights in the Maldives.

Obstacles to Women’s Rights in the Maldives

The COVID-19 pandemic has had far-reaching effects on the citizens of this island nation. Tourism and related services affect standards of living and lifestyles significantly. In 2019, poverty in the Maldives had fallen to 2.1%. In 2020, the World Bank estimated that poverty rates would rise to 7.2%.

In the Maldives, which has a historically patriarchal culture, many women rely on informal employment and financial contributions from others to make a living. This disqualifies them from unemployment and other forms of COVID-19 assistance. Although many men also engage in informal work, 54% of women have seen their income decline during the pandemic compared to only 40% of men.

As a result of the pandemic, many women are not only earning less and receiving less from family or friends but are also unable to qualify for assistance. Government support and charity remain the only stable resources during the pandemic. However, women benefit less from both forms of aid on average.

With the economic success of tourism and related fields, many women migrate to the capital city of Malé where opportunities for formal work and economic independence abound. Still, only 59% of women make a living from paid employment relative to 70% of men.

When the COVID-19 virus began to spread, tourism in the Maldives came to a halt and women were the first to lose their jobs. As the economy suffered, the cost of living in Malé forced many to return home to rural communities and resort to informal work. The implication is that many of these women may never return to the city or to formal employment.

COVID-19 brought financial stress and upheaval to many homes in the Maldives. In a U.N. Women survey, 68% of Maldives women reported increased mental and emotional stress since the onset of the pandemic. The study identified likely stressors to include economic strain and the rise in gender-based violence.

A surge in gender-based violence and domestic violence reports occurred after the nation’s lockdown and again when the Maldives lifted its COVID-19-related restrictions. During the lockdown, welfare services were secondary to the pandemic response and there was also a relatively low number of reports. However, the instances of violence may be higher. Lockdown and restrictions place the affected women in constant, close proximity with perpetrators while financial stress and lifestyle changes compound instances of violence. In the Maldives, societal norms dictate the authority of men and shame women for coming forward with reports of gender-based violence.

Despite these recent setbacks, the country is making progress in improving women’s rights in the Maldives. Women have made strides for gender parity in education and are building a sense of empowerment through financial security. The nation has set an example for other countries with an equal ratio of boys to girls enrolling in and completing primary and secondary school.

The Maldives’ Strategic Action Plan for 2019 to 2023 notes women’s economic participation, representation in government, sexual harassment and domestic violence as policy priorities. The planning document also recognizes that additional resources are necessary to follow through on important gender equality legislation. The Maldives introduced it recently to address these disparities.

Within the past decade, the Maldivian government has introduced the following legislation to advance women’s rights in the Maldives: the Gender Equality Act (2016), the Sexual Harassment and Prevention Act (2014), the Sexual Offenses Act (2014) and the Domestic Violence Act (2012).

COVID-19 presents a challenge to the momentum building for women’s rights in the Maldives, but with the return of international tourism, projections determine that the economy will rebound. Looking forward, women’s economic empowerment should remain a priority for the Maldives to continue making significant gains in gender equality.