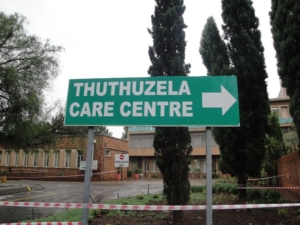 Over 50 care centers in South Africa provide support and resources for survivors of sexual crimes. They serve as “one-stop facilities” for those seeking help. Their mission is “to reduce secondary victimization, improve conviction rates and reduce the time between when a crime is committed and when the perpetrator is finally convicted.” These centers have had success but the overall number of sexual assaults in South Africa, which in reality are most likely significantly higher, are staggering.

Sexual assault in South Africa is shockingly high. Estimates determined that a sexual offense occurs every 10 minutes. Between April 2019 and March 2020, police statistics reported 53,295 sexual offenses but it is likely that most crimes are not reported. The Medical Health Council estimates that victims only report one in nine attacks. Violence toward women seems to be a normalized part of society as data from 2000 shows similar results. Some claim women in South Africa might experience rape every 17 seconds. Others say every 26 seconds but regardless of exact numbers, it is clear sexual violence toward women is a massive problem for the country.

Rape is an extremely underreported crime. A study in Gauteng in 2010 showed that one-quarter of women who underwent questioning experienced rape in 2009. However, “only one in 13 women raped by a non-partner reported the matter to the police, while only one in 25 of the women raped by their partners reported this to the police.” Therefore, as previously mentioned, statistics about sexual assault in South Africa only show a small amount.

Why Are Numbers So High?

A few factors can show why sexual assault in South Africa is so high. These include how the country struggled to move on from apartheid along with high unemployment, high poverty and unequal land distribution. Both the government and pro-democracy groups used violence to further goals, and after 50 years, society saw violence as normal. The government “used violence to keep control over the ‘non-white’ population, whilst the pro-democracy campaign encouraged violence as a means to further their goals.” The police used violence against women which led to many women fearing or mistrusting the police. This mindset continues to this day.

Convictions for instances of sexual assault in South Africa are low. Around 14% of perpetrators receive sentences for sexual assault with that number going down to 3% when it is against adult women. Around one in 400 rapes in South Africa end in a conviction. Reports say some police take bribes so charges will go away and in Southern Johannesburg, around one in 20 pieces of evidence goes missing. The reasons why most women do not report sexual abuse are clear, as are the reasons why the real number is high. The chances of conviction are very low. While numbers and data often are skewed and naturally change over time, the overall amount of evidence suggests clear problems in the police force when it comes to responding to sexual assault.

Thuthuzela Care Centers have really helped people and since 2006, 51 centers have emerged. The centers are helping survivors and trying to improve conviction rates. Most are near or even attached to hospitals as sometimes medical assistance is necessary. For years, the centers made progress, and now, many centers get around 60-80 patients a month. During holidays, the number is up to around 100-120. The United Nations and the government are currently working to improve the centers even more.

The care centers provide many services to help survivors. However, long-term solutions should also emerge so the actual root of the problem can reach a resolution. However, care centers are still a significant step in the right direction.