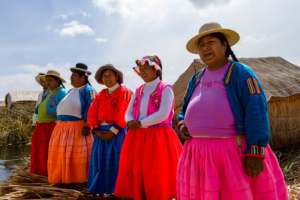 Peru has gradually reduced poverty over the past decade. Currently, approximately 6 million Peruvians live under the national poverty line in comparison to 16 million in 2004. This is remarkable progress in tackling poverty in Peru. Around 20.5% of Peru’s population lives in poverty nonetheless. Most of them are indigenous Quechua and Aymara communities living in the rural Sierra region. Despite their essential role in the economy, women bear the greatest burdens of extreme poverty in Peru. Here are eight facts about women’s poverty in Peru.

8 Facts About Women’s Poverty in Peru

Gender inequality worsens women’s poverty in Peru. Recent legislation and activism have begun to bridge this gap and focus on women’s rights. For example, political representation for women is near 30% and growing. Economic equality is also growing thanks to Law No. 30609 that prohibits pay discrimination between genders. Additionally, reforms to domestic violence services have reduced crime against women in Peru.

Meanwhile, women’s rights organizations like Womankind Worldwide are partnering with Peruvian organization FEPROMU in efforts to educate women and develop leadership skills. The organizations Women’s Empowerment Coalition and Awamaki partnered in 2019 to build an artisan center in Huilloc. The women’s association can now weave and make textiles and train women for leadership.

Government reform and the activism of women’s organizations have allowed helped the women of Peru to climb toward gender equality. This progress should hopefully lessen women’s poverty in Peru.