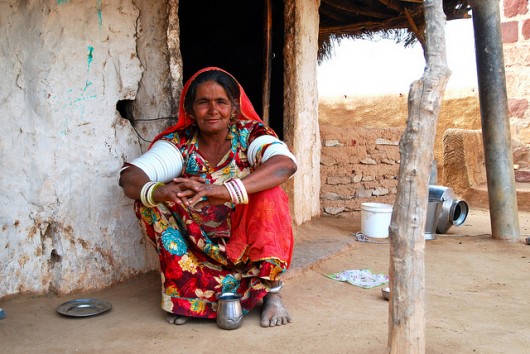 As the number of women landowners grows, the overall condition of their communities improves drastically. This topic was recently covered at the World Bank Land and Poverty Conference 2016, the 17th annual conference, earlier this month.

The conference, “Scaling up Responsible Land Governance,” brought together many experts from many fields from around the globe to talk about land strategy.

A large portion of this year’s conference highlighted the work of researchers focusing on the empowerment of women in developing countries through land ownership. Perhaps one of the greatest benefits of increasing women landowners is the link to fewer cases of domestic violence.

With greater access to land ownership for women, the need for young daughters to marry diminishes and households have more access to resources. According to Klaus Deininger, an economist for the World Bank and conference organizer, women with greater land rights typically have more personal wealth, leading to lower levels of domestic violence.

“If women have stronger bargaining power, they actually can resist,” Deininger says in an article by Reuters. “Their husbands will think twice before beating them.”

The conference tackled questions on how to enhance women’s awareness of their legal rights and how to ensure women’s rights in land interventions. The Landesa Rural Development Institute is an organization that seeks to provide solutions to these questions by securing greater access for potential women landowners in developing countries.

Laws and policies often dilute or deny women’s rights to land. Even when laws enshrine such rights, loopholes, low implementation and enforcement and sex-discriminatory practices often undercut these formal guarantees.

Landesa’s Center for Women’s Land Rights has programing in both India and Rwanda to combat those challenges. In partnership with West Bengal’s Department of Women and Child Development, the Security for Girls Through Land Project provides vocational training and skills to adolescent girls in order to improve their health and nutrition. The curriculum is based on land rights, asset creation and land-based livelihoods.

The project creates “girls groups” which are peer-facilitated meetings in which girls are given lessons to educate them about land rights and the positive benefits associated with control over land. Girls are taught to start “kitchen gardens” to grow produce for the family or to sell. As the girls begin to earn money, often for the first time, families begin to think of girls as an asset rather than a burden.

The project, beginning in 2010, has already reached 40,000 girls in over 1,000 villages in West Bengal. In addition to engaging with girls in local communities, the project reaches out to boys in local schools in an effort to change the mindset that young women are an economic burden.

The U.N. Food and Agriculture Organization reports that women make up half of the world’s agriculture workforce. As these women have greater access to land, the ripple effect, according to Landesa, includes better nutrition for families, improved family health, educational gains and reduced domestic violence.