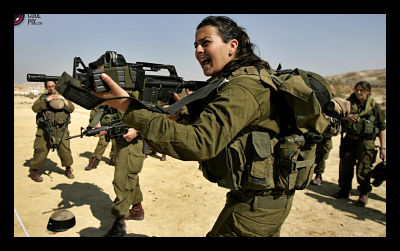 ISIS closes in on Baghdad. Streets and homes are emptied of Iraqi men, who enlist to protect their families, their city and their country. They do so out of a new-found national pride, a sense of duty toward the struggling Iraq or simple necessity. But as the front lines are bolstered, “home” is left to the protection of sisters, wives, mothers and daughters.

ISIS, the Islamic State of Iraq and Syria, was formed late last year by Iraqi Awwad Ibrahim Ali al-Badri al-Samarrai. Its estimated 7,000 to 10,000 soldiers have a steady cash flow from captured oilfields and territories. Its goal is to create an Islamic caliphate that governs both Iraq and Syria, but its methods are extreme, so much so that even Al Qaeda has renounced any association with the group. Having taken control of towns, oil refineries and even chemical weapons facilities near Aleppo and beyond, ISIS continues to move closer to Baghdad.

Citizens in Baghdad are responding to calls to action made by political and religious officials alike. Tens of thousands of men have volunteered in the anti-ISIS military effort. Men without military experience remain in Baghdad for training, while men with it are sent to the overrun Mosul, Tikrit, the Green Zone and foreign embassies. Military transport vehicles and personnel carriers have become a common sight in the capital city. Everyone is on high alert.

Baghdad is by no means defenseless. The Iraqi military has a force of nearly one million, and many remain. Iraqi officials are aided by foreign advisers, who hope to strengthen the fledgling military’s operations. President Obama awaits reports on the feasibility of drone strikes. Still, the newborn government and its even newer armed forces are being severely tested by some of the best-resourced insurgents in the modern world. That ISIS intends to take Baghdad is certain. But no one is idly waiting to find out if they can.

More than 450 women of Baghdad have volunteered for military training. Most have lost a loved one to the violence of the past few decades, feeling deeply the price of war. They will not be joining their male counterparts on the front lines, but over the course of a five day training period, female relatives of the Badr Brigade are armed with AK-47s and taught both how to shoot and how to defend themselves. Then they are left to return and defend their homes.

These women are between the ages 14 and 60. Ageel Fadhil, 14 years old, trains at the request of her mother. While her parents work, she alone is responsible for the safety of herself and her younger brother. In the event Baghdad]s security fails, her mother hopes she will have a chance.

This hope for safety, security and freedom is echoed by Iraqis across the nation and the city. While hoping for the best, the women of Baghdad are preparing for the worst.