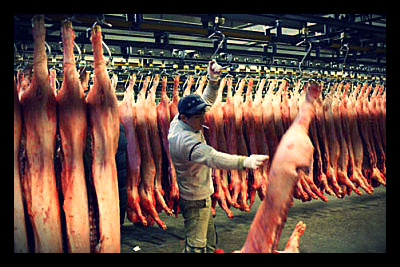 There is enough food in the world to feed everyone, but due to a variety of factors, global hunger persists. In fact, according to the United Nations’ Food and Agriculture Organization (FAO,) the world produces enough food for everyone to intake 2,700 calories a day, much more than the recommended 2,000.

Nevertheless, nearly a billion people go to bed hungry. The reason behind this is multifaceted. Astounding amounts of food are wasted due to poor transportation and storage infrastructure. Even more goes in the trash uneaten. A great deal of grain crops are used for bio-fuels and animal feedlots rather than starving people. Ultimately, it comes down to the fact hunger is caused by inequality.

How are people to combat this inequality? Countries such as Brazil and Ghana have shown success through raising their minimum wage, giving cash to poor people, and investing in small-scale farms. World hunger comes down to the fact that many people simply cannot afford food, with over a billion people living on $1 a day.

The history of poverty begins with globalization and colonialism. When land is privatized and controlled by the few, the majority of people are forced into selling their work for food. Land ownership in the hands of the few is the main cause that spurred income gaps throughout the world.

Colonies exploited the resources and land of their colonies and kept them saddled in debt by claiming ownership in order to maintain this advantage for the long run. Today, less than 25 percent of people use more than 80 percent of the world’s resources. This is a direct result of the economic repression that so many populations are under and have been under for hundreds of years.

Greed led to colonial powers gaining monopolies and establishing claims on resources that were not theirs. Greed led them to effectively enslaving their colonies under shackles of labor and heavy debt for land and resources that originally belonged to the colonies. Although there are many great NGOs and advocacy agencies that have brilliant ideas for solutions to global hunger, few acknowledge colonialism as the original foe, and lack of land ownership as the original problem.

Perhaps people can examine this complex issue more clearly if they perceive it as a parable. In a sun-drenched country, men live peaceful lives on their own farms. One day, a greedy man takes over, burning all their farms and forcing them to work for him. This man builds one massive farm, and exploits their labor and pushes growth, seeking to eat up the rest of the smaller farms in the land. In the end, he is the one who gets all the profits, while the rest barely survive.

This is not a story anyone wants to hear, but it is one that has been in action for centuries. Let us acknowledge this past and seek ways to start a new story.