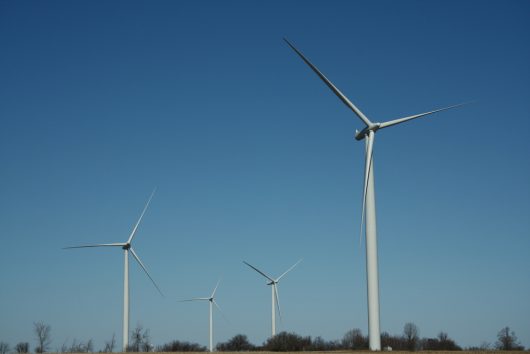 With the objective of mitigating greenhouse gas emissions and fostering sustainable development, the Paris Agreement was developed to reduce carbon emission levels globally. The agreement was opened for signature on 22 April 2016 where 175 countries signed the global action plan at a ceremony in New York.

However, countries must engage in ratification to complete the pledge. Only 19 countries have ratified the Paris Agreement. Ratification involves undertaking economy-wide absolute emission reduction targets and enhancing their mitigating efforts to reduce carbon emission.

The agreement moved forward after 55 countries that account for approximately 55 percent of global emissions ratified it. U.S. and China have both agreed to ratify the Paris Agreement this year. Underdeveloped countries and small islands qualify for ratification by developing and preparing strategies for low greenhouse emissions reflecting their circumstances.

With the latest hopes to replace oil with wind turbines to lower greenhouse gasses, John Coequyt, director of the Sierra Club’s federal and international climate campaigns, declared that the Paris agreement included “all the core elements that the environmental community wanted.” Countries that have pledged to the agreement are solely responsible for their emission level as the agreement seeks to limit global warming to 2°C by the year 2020.

The Paris Agreement has also contributed to the boost in wind turbine sales which has proven to be a lucrative venture. “The COP21 agreement will provide the basis for additional public support and financing in growth regions, which should offset this development in the longer term,” said Moody’s Managing Director of Corporate Finance, Matthias Hellstern

The EU and other developing countries have agreed to continue to support environmentally friendly practices and positive impacts on climate change. The Paris Agreement has paved the way for wind turbines to be the main source of energy for developing countries and the solution to curbing high urban pollution levels.