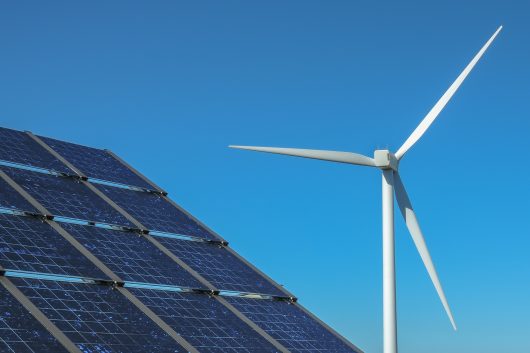 Based on the most recent data available by the World Bank, wind energy in India only comprises 0.4 percent of the total final energy consumption for the nation. Renewable energy calculates higher at approximately 39 percent, but there is still room for improvement for the entire clean energy sector. Hoping to fill some of the voids, Avant Garde Innovations will soon test the market with a newly developed wind turbine.

Avant Garde Innovations (AGI) was founded in January 2015 by two brothers, Arun and Anoop George. Based out of Thiruvananthapuram on the southern tip of the subcontinent, the mission of the organization is “to eliminate energy poverty, reduce dependence on struggling state power grids, and create energy self-sufficiency.” They also place emphasis on affordable, locally operated products. As such, the first move toward this goal was the construction of a windmill prototype intended to eventually replace nonrenewable energy sources throughout India, particularly in households.

AGI’s turbine is unique in its smaller size, producing slightly less energy but at a dramatically lower cost. Right now, competitors offer windmills to develop wind energy in India for about 200,000 rupees per kilowatt, but AGI’s model is only expected to cost 50,000 rupees per kilowatt – a 75 percent reduction in price! Some media sources are even boasting comparisons that a typical Indian family will now be able to install windmills to power their entire homes for less than the price of an iPhone. In terms of power, AGI expects 20 percent capacity utilization in contrast to the 25 percent capacity utilization of larger mills. However, even at this rate, their turbines can produce five units of power every day, which is plenty for the average-sized household.

For the moment, the first AGI turbine has been constructed outside of the Madre De Deus Church in Vettucaud, India where it will undergo its pilot testing phase this January. Once the trial is complete, AGI intends a full launch in the international market during the first quarter of 2017, and investors are already showing interest. The Indian government also aims to formally introduce the design by 2022.

Their updated windmill is not the only reason to find promise in AGI, however. Arun believes the patent-pending design is transferable, which could form the foundation of future projects such as hydro- and tidal turbines, and potentially even an automobile motor. The basic blueprint is also said to require little maintenance, and will still be able to generate power at lower wind speeds than competitors’ offerings.

As a result of their startup success, the organization has already been honored with numerous accolades. To name a few, AGI has been invited to attend exclusive conferences hosted by the U.N. as well as a major energy forum in Silicon Valley, California. Drawing further attention is their commitment to operating on 100 percent clean energy themselves. For the future of wind energy in India, AGI’s business model is a major step on the path toward sustainability.