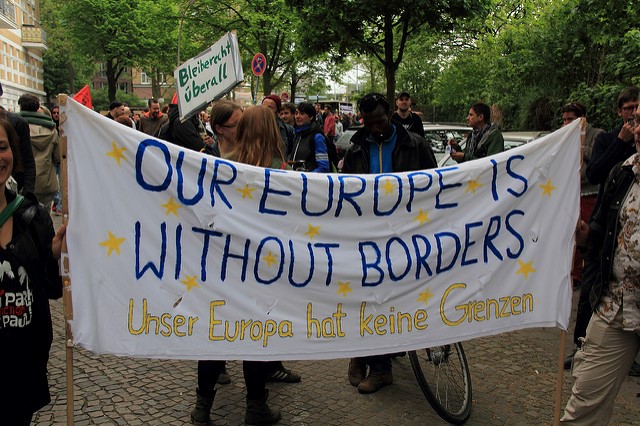 On October 2, Viktor Orban, prime minister of Hungary, held a nationwide referendum to address growing anti-refugee sentiment. Orban asked the question, “Do you want the European Union, even without the approval of the Hungarian parliament, to be able to prescribe the mandatory resettlement of non-Hungarian citizens in Hungary?”

Resoundingly, 98 percent of voters backed the government’s opposition to the EU refugee acceptance quotas, even though Hungary would only have to accept 1,300 of the 160,000 refugees taken into consideration by the distribution plan. Although voter turnout was only around 43 percent, the rejection of refugees and belief in their inherent dangers is no anomaly.

Anti-refugee and anti-Muslim sentiment is spreading across Europe, especially in the wake of major terrorist attacks in Brussels, Paris, Nice and the everyday acts of violence consistently occurring throughout Europe. Opposition to refugees also heavily fueled the Brexit vote.

Within the Visegrád Group, an alliance of the Czech Republic, Hungary, Slovakia and Poland, refusal to accept refugees is at its peak. The Czech Republic and Hungary have only accepted 520 and 146 refugees respectively in the last year, a drop in the ocean of millions needing asylum.

In 2015, Hungary also built a heavily guarded, razor wired fence along its southern border to control the flood of migrants into Hungary. Many have criticized the country for treating refugees “worse than wild animals;” some have even called for Hungary to be temporarily or permanently expelled from the EU for its behavior.

Even in more accepting countries like France and Germany, growing fear and misunderstanding have lead to more anti-refugee and anti-Muslim policies. More than 20 French mayors have refused to lift their bans on the “burkini,” a full body swimsuit worn mainly by Muslim women, even though the national court system has deemed the ban unconstitutional.

Even in Germany, the biggest proponent of refugee acceptance, anti-refugee sentiment has spread. After several regional elections went to the far-right, Angela Merkel, Chancellor of Germany, plans to take a step back from her heavily controversial open-door refugee policy.

Although the current situation for many refugees may seem bleak, the future may well be brighter. Even after several devastating attacks in France, French president Francois Hollande is still holding firmly to his open refugee acceptance policy. In Syria and Iraq, as well, the end seems to be near. After capturing Fallujah, allied forces have now moved on -to Raqqa, the ISIS capital, and Mosul. The U.S. and EU can now begin to rebuild infrastructure and resettle the remaining refugees.